The continuation of the interview can be read in this news. Click on this link for the first part.
Interviewer: Steve Lieb
Anton Bolshakov of GSC Game World
SGO: What’s the scale – do these units each represent a unit of 10 or 25 in real life?

AB: Each unit you see on the map represents a single real soldier.

SGO: So does this mean that if the unit is hit, he dies? Or can soldiers be wounded/healed?

AB: The corresponding system is quite like other strategies. Each unit possesses a parameter of “life points”. In a battle, units can take damage, that decreasing its life points. While the units life points are greater than zero, it continues fighting and it can be healed (there is such possibility accessed via Academy building – “Heal All Units”).

SGO: Can sea units also be organized and given formations?

AB: Not military formations. When a player controls a group of naval units, they will line up into a regulate shape, but they remain individual units and get no formation bonuses.

SGO: Do sea units also have a “commander”? 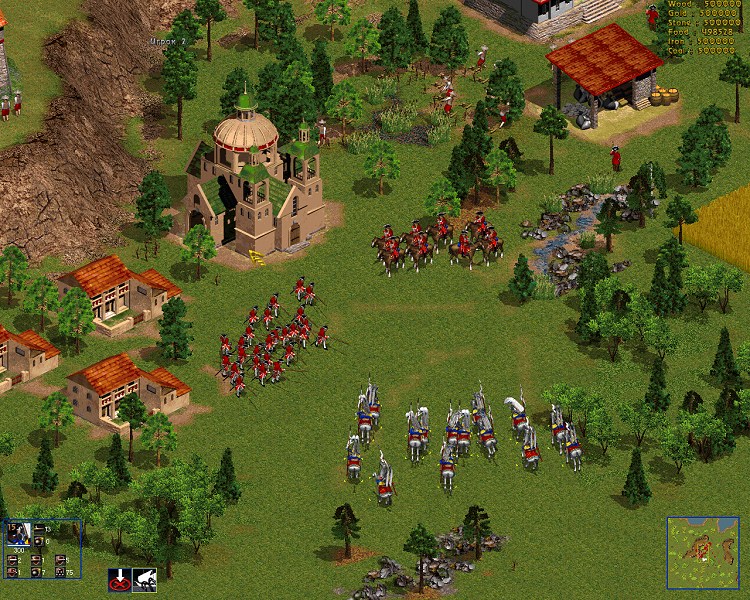 SGO: Commanders: are they able to make minimal actions on their own (patrol/defend/attack this building)?

AB: Any Officer can execute the same commands another unit can (Patrol, Stand Ground, Attack, Move, Defend). Officers differ from soldiers: they are very powerful (high attack and defense parameters), but quite expensive (to make creating regiments of officers only too expensive to be effective). Mentioned characteristics were taken from true life. A real officer is well trained, experienced, and has high morale, so as a rule he is worth many privates in a battle. On the other hand, officer training is much more expensive than a soldiers’ drill.

AB: All Officers are the same.

SGO: Do commanders age and die?

AB: There is no aging or natural death in the game. An officer can die only in battle.

AB: I didn’t quite get the question. If you mean ‘can players change unit parameters in the scenario editor to create new missions’ than I say ‘no’. Otherwise you can forget about the game balance. If you mean ‘can one increase unit parameters during a game’ than I say ‘yes’. For example, there are five attack and five defense upgrades for a Pikeman. Also units’ parameters increase when they are combined into formations. However, main advantages and drawbacks of force types do not change – one can only strengthen or conceal them respectively using upgrades. For instance, Pikemen are very effective against light cavalry, but they will sustain great casualties when facing any shooters, and no upgrade on the Earth will change this correlation.

AB: Of course, European armies, because of their territorial and cultural proximity, have many same units. Initially these units’ parameters are the same too. However, each nation has its unique game balance with economic peculiarities and unique upgrades; thus in the game process initially same units may get one or another advantage. For example, one nation may have Hussar upgrade of attack, while the other one may have an upgrade to make Hussars less expensive. Officers of all nations are all the same.

SGO: Cannons – do they use the right ammunition in the right circumstances (case or shot) by themselves or do they have to be ordered to do it? Can they be given standing orders? Do cannonballs skip?

AB: By default, artillery chooses ammunition automatically. However interface contains several commands for artillery to define what ammunition should be used and the fire mode (hold fire, fold fire if friendlies may be hit, return fire). When a cannon ball explodes, there is a splinter effect in some radius causing additional damage. Thus, when a cannon ball hits a vessel or a building, splinters ricochet around causing more damage.

SGO: Ship cannons – are they all solid shot or do they have different shot.

AB: They shoot cannon balls only. 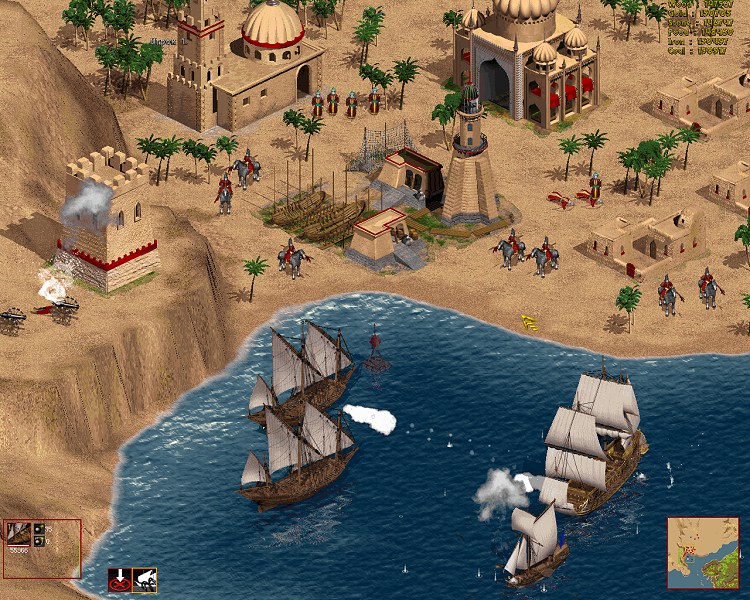 SGO: Ship cannons – can you order them to fire at rigging or hull, or do they simply “shoot”?

AB: Just to make the game simpler, there is only one shooting mode – with cannon balls; line of fire is always perpendicular to the carrier ship heading. Galleys carry a mortar on their rostrum, so they can shoot by their heading.

SGO: Do units consume resources where they are, or just “in general” – my example: as you state you need artillery to attack fortifications, could you starve the unit out by surrounding it? Can you block unit’s supply? For that matter, can you do that to towns?

AB: After its ‘building’, each unit consumes one or more resources regardless of what it does – stands still, patrols, or fights; additionally, gun and artillery shots consume powder and iron. One does not have to deliver resources to specific regiments all over the map. Resource consumption is made from state stocks regardless of how far are units from the city. Hence you can not besiege a backcountry enemy fort to wait until they lack food and soldiers begin eating each other. However, using open fight or guerilla war, one can create imbalance of enemy economy (by capturing mines, deposits, and/or peasants) and make an enemy incapable of maintaining his army. Result is starvation and riots in the enemy army and lacking ammunition for Towers, artillery, and guns. A player can weaken his or her enemy so mush so that his forces will march through inoperative enemy defenses straight into enemy’s devastated city where famine and marauders reign.

SGO: They won’t start eating each other? But that would be a funny graphic ! 🙂

AB: Oh yeah! But compromising the developers’ sanity however… 🙂

AB: It’s an interesting question. But – not this time. We will possibly do this in the sequel.

SGO: Can units scavenge from the local territory? In the 30 yrs War specifically, there were many units that went without pay for a long time but didn’t quit because they could scrounge the supplies they needed.

AB: At the moment a soldier begins searching for food himself, call him a marauder :). In the game, regular forces cannot get nutrition somewhere else. If a player cannot afford nourish regular forces, they will die of starvation. Mercenaries are different. If a player cannot afford paying them, they will riot and will really find food themselves, but – both on the enemies’ fields and on yours.

SGO: Can land or sea units be captured?

AB: Naval units cannot be captured. One can capture only undefended peasants, artillery, or several types of buildings.