Coming soon from GSC and CDV is the Cossack’s add-on, Cossacks: Art of War. Cossacks was one of those RTS games that just seemed to pop out of nowhere and capture the imagination of RTS fans, especially here in Europe. It was inevitable we would see an expansion of some sort, GSC would have been mad to ignore the game’s success. We were fortunate enough to get our hands on a preview build from CDV which has all the features of the final version, so we managed to get a good taste of what to expect.

Like most expansions Art of War comes with new features with both the single and multiplayer gamer in mind. CDV have now added 2 new races to the already extensive list in the original title, Denmark and Bavaria, each with their own new buildings and units, but the fun doesn’t just stop at new races, there are now also new units factions from the original title will be able to make use of. There are also six new ships and the Prussians have two new units to play with, the infantryman and Prussian Hassar. New buildings have also been added to spice things up, including the new ‘log cabins’ which you can fortify with up to 10 units top stop those pesky quick attacks.

No add-on would be complete without new missions or campaigns and GSC have made sure there will plenty there to keep you busy. There are five new campaigns based in the 17th and 18th century for Prussia, Austria, Saxony, Algeria and Poland which comes to a whopping 30 new missions overall. The Polish campaign covers historic events in Poland during the 17th century, the Algerian campaign focuses on piracy in the Mediterranean, the Prussian campaign follows the wars during the reign of the Prussian King Frederick and finally the Austrian and Saxony campaigns shed more light on historical events during the 17th and 18th centuries. If the campaigns don’t tickle your fancy then you’ll also be able to take part in six new single player missions or six new historical battles, something which the more hardcore strategy fan should really appreciate. The six new battles include the Battle of Dunbar, Battle of Hohenfiedberg, Battle fo Marston Moor, Battle of Newport and the Battle of Rimnik.

Besides the additional units and missions GSC have enhanced the already pretty solid gameplay with new features. Probably the most significant for the single player games are the difficulty settings which can now be set to easy, normal, hard or very hard. These settings can also be set on random map games so the Ai can be fairly tweaked to your playing ability. 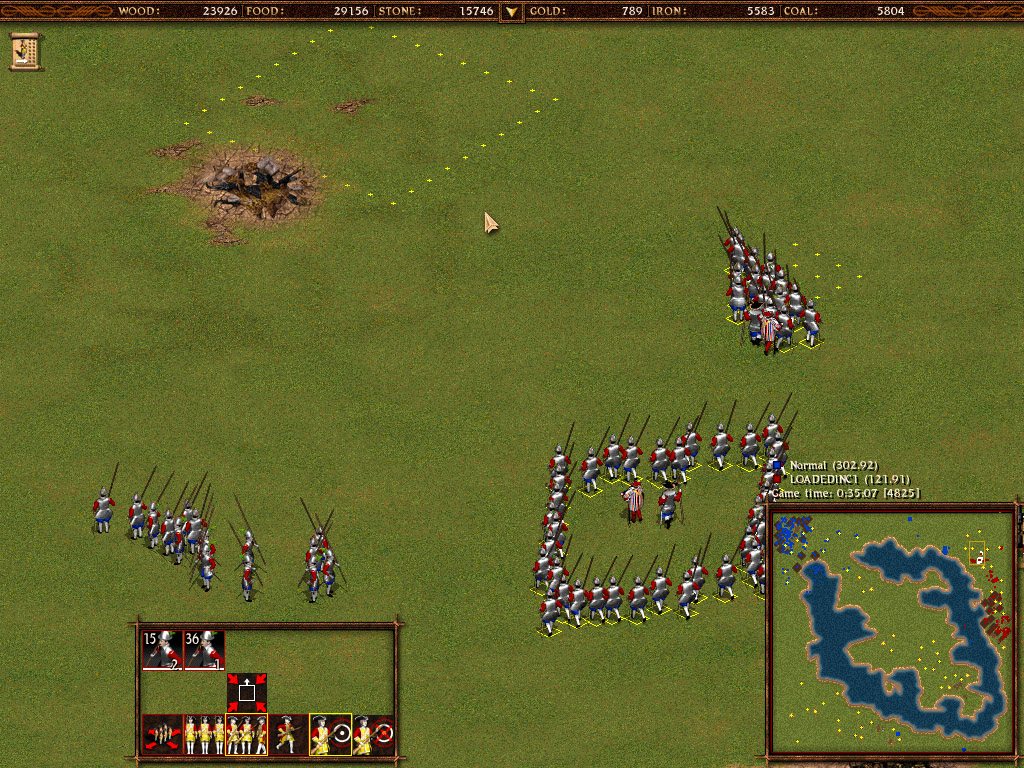 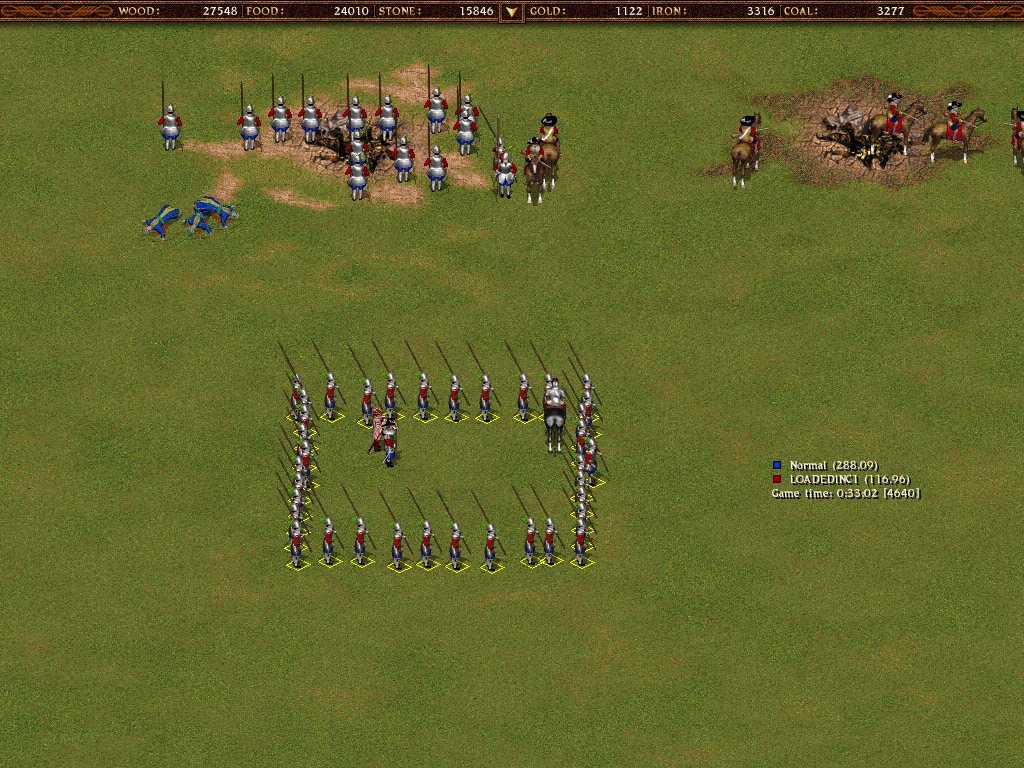 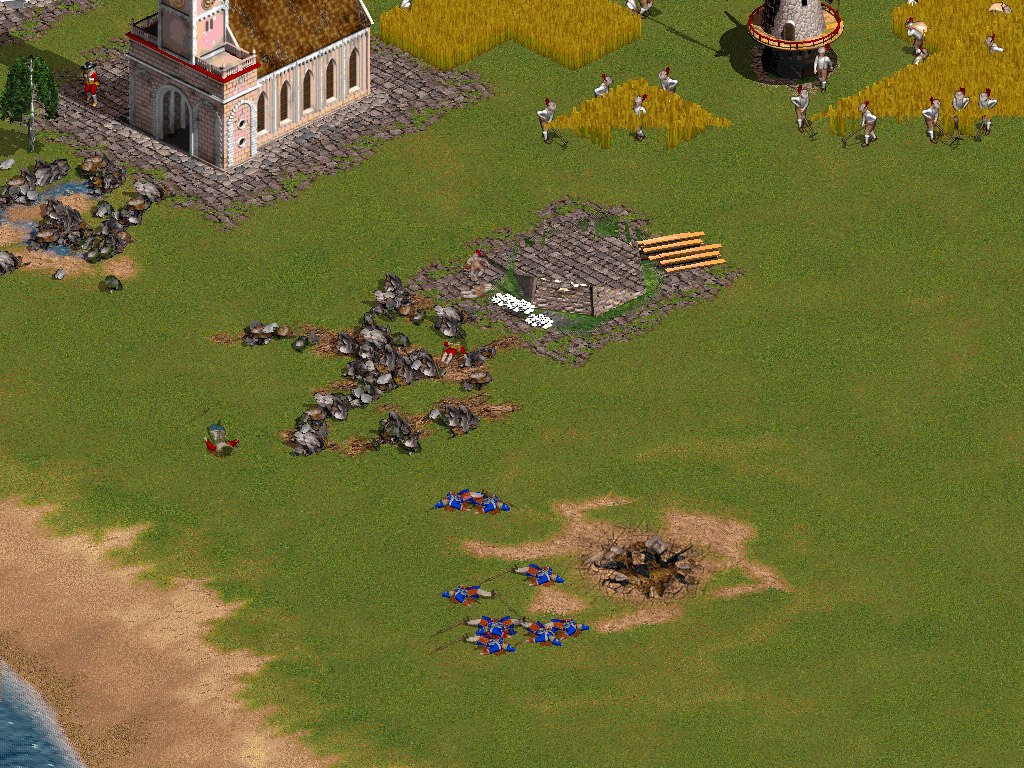 As with most RTS games, multiplayer is where its at, and GSC have added a variety of enhancements to the this new add-on. Included in Art of War is the new ‘replay function’ that allows you to record games and watch the battle unfold at a later date. This is a very neat feature especially if you are recreating a battle or simply want to show off to your mates. Another new feature is the ‘peace pact’ which means you can now prevent rushing by setting a time delay until a battle can commence. The time setting can be set to anything between 10 minutes up to a whopping four hours. Imagine setting a game to four hours, building up a massive task force then letting your armies loose. Your allies can also now take advantage of your resources, assuming you send them of course, it’s a great way to save you friends when they are under pressure from the enemy.

Skirmish and multiplayer mode have also been improved with AI alliances and a new world ranking system which is said to be pretty complex, testing your ability as a leader against other players. Assuming you perform well, you’ll also now be awarded titles (from Esquire up to King) for your achievements which should make the game a lot more competitive as far as multiplayer is concerned. A new feature to the multiplayer is the ability of the game host to remove players from a game. If someone you don’t get on with, or you simply don’t like their tone, is in your game and you’re the host, you can wave a fond farewell to them and kick them from the game.

There are also unit enhancements which certainly make the game flow a lot better. The new ground attack feature allows units like cannons to attack specific points on the map that you assign without assigning a direct target. This means you can preempt unit movements and out them under a barrage of fire before they reach a certain point on the map. The unit AI has also been improved with simple things like automatically entering a mine on construction completion meaning you now don’t have to keep such a keen eye on your peasants as they construct your resource buildings.

Formations now play a more important role in the game with the inclusion if new commands. There are 3 types of Calvary formations, the Line, Column and Wedge each with its own strengths and weaknesses. If putting your troops into impressive formations wasn’t enough you’ll also be able to group the formations which essentially means you can have one huge army advancing instead of smaller individual groups, a lot easier to co-ordinate. Formation sizes will also be able to be determined by the player and formations can be replenished if you have enough units to bolster the group. The units also now have the guard and patrol function which means you can set scouting parties to follow a route which will give you a better idea of the where the enemy is by opening up the fog of war.

Now I like my RTS games fast and furious but it’s not to everyone’s taste so CDV have included a pause feature. You now have the ability to carry out troop orders with the game frozen giving plenty of time to make those tricky tactical decisions.

Graphically the game is the same as the original game with it’s detailed building and units. Cossacks always looked great so there’s was no need to overhaul anything in the graphics department. Having said that, Art of War does include 200 new graphic additions including planet, animal life and new landscapes. 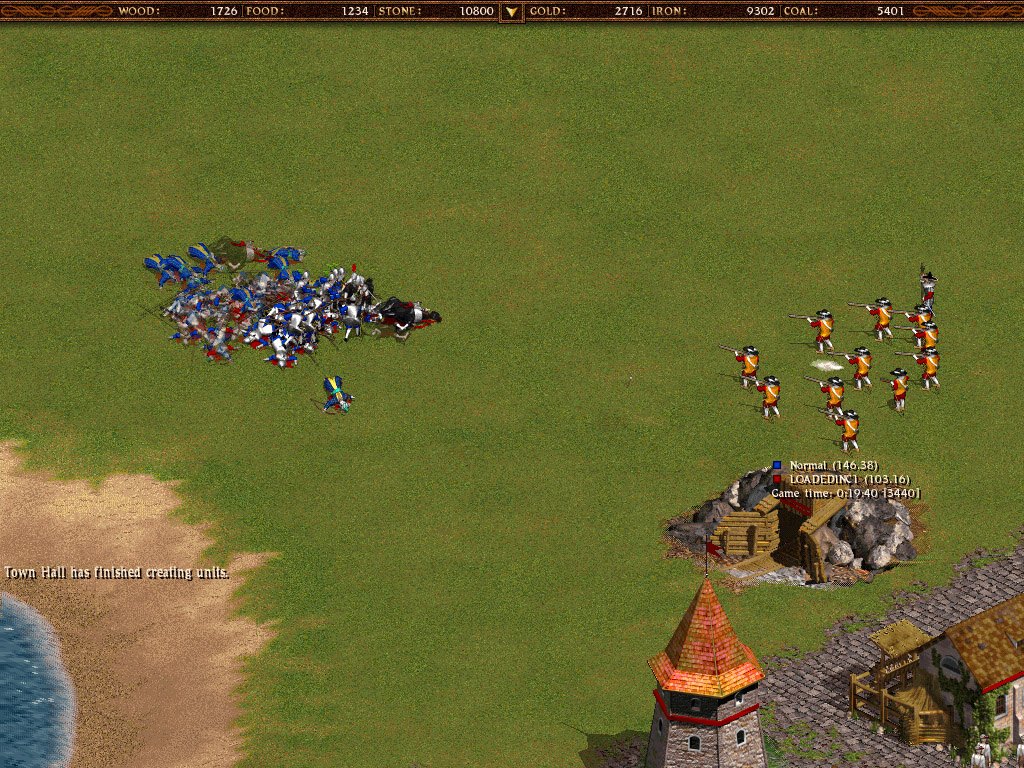 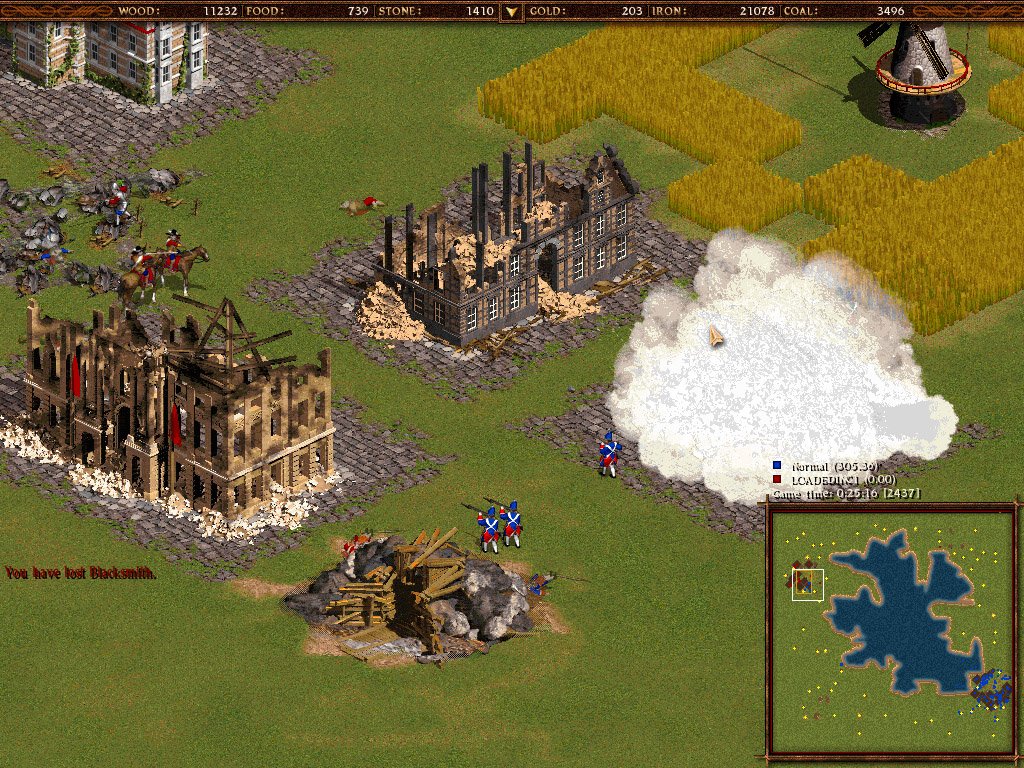 As you can see Cossacks : Art of war is pretty feature packed but there is one part of the game we haven’t touched on yet and that’s the editor. This expansion pack comes with a pretty awesome map creation tool. Spencer at CDV gave us a quick demo back in September during ECTS and it looked like it was going to really enhance the game. After spending a bit more playing around with it in this preview version I have to say I’m pretty impressed. You can create your battlefield from scratch choosing your map size (maps can now be four times larger than the original game), terrain detail, objects, starting points etc. Once you have the basics down you can then change the terrain height with a simple mouse click. The beauty of an editor like this in a game such as Cossacks is you can now recreate real life historical battles with ease and then play them out. Cossacks was crying out for a tool like this, and it’s great to see GSC add it to the expansion.

Making an expansion pack a worthwhile investment for gamers is never an easy task and as far as Cossacks is concerned a near impossible task, the original game had so much in it already. Sure you want new missions and maps but it’s always nice to get added features. From what we have played so far of the Cossacks: Art of War expansion we are pretty impressed, especially with the editor. Cossacks fans should get a lot out of this expansion so watch out for it on shop shelves in the coming weeks.