If you are a fan of Age of Empires/Age of Kings and you missed Cossacks: European Wars earlier this year, then you owe it to yourself to look for the game along with its upcoming expansion, Cossacks: The Art of War. While Ensemble Studios has turned its own attention towards a different kind of game with Age of Mythology, Cossacks actually picks up where the Age of Empires series left off.

Starting in the 16th century in the age of reason and enlightenment, Cossacks, was like a new Age title — but perhaps a little rougher around the edges and lacking much of the polish that was present in the classic Age of Kings. GSC Game World, the Ukrainian developers behind Cossacks, really seemed to know their European history and it is quite obvious that they were big fans of Ensemble’s work. The game accurately depicted the 16th through 18th centuries, an era of great culture and refinement — which is seen in the representation of buildings from the different powers — but it was also a time of nearly constant warfare in Europe. This was the end of noblemen and vassals and the roots of modern Western civilization, and it was known as the first period of true professional soldiers in the West since the fall of the Roman Empire.

The game was excellent for recreating the huge engagements of the period, with players being able to control literary thousands of men at a time — all dressed in splendid uniforms and marching in formation. And while Cossacks was grand in this regard the game suffered in many ways for its poor multiplayer experience and limited customization, which is what made Age of Kings such a re-playable game.

Both of these aspects have now been fixed in the expansion’s playable beta but each needs a bit more work before they’ll be completely solid. While you can have a computer ally they really don’t seem to put up a good fight against the other computer powers, which work quite well together. Worse still is the fact that your “ally” is only allied with you in terms that they won’t attack you and you can’t attack them. So much for competition, but at least this is a vast improvement over the previous free-for-all nature of the original game. 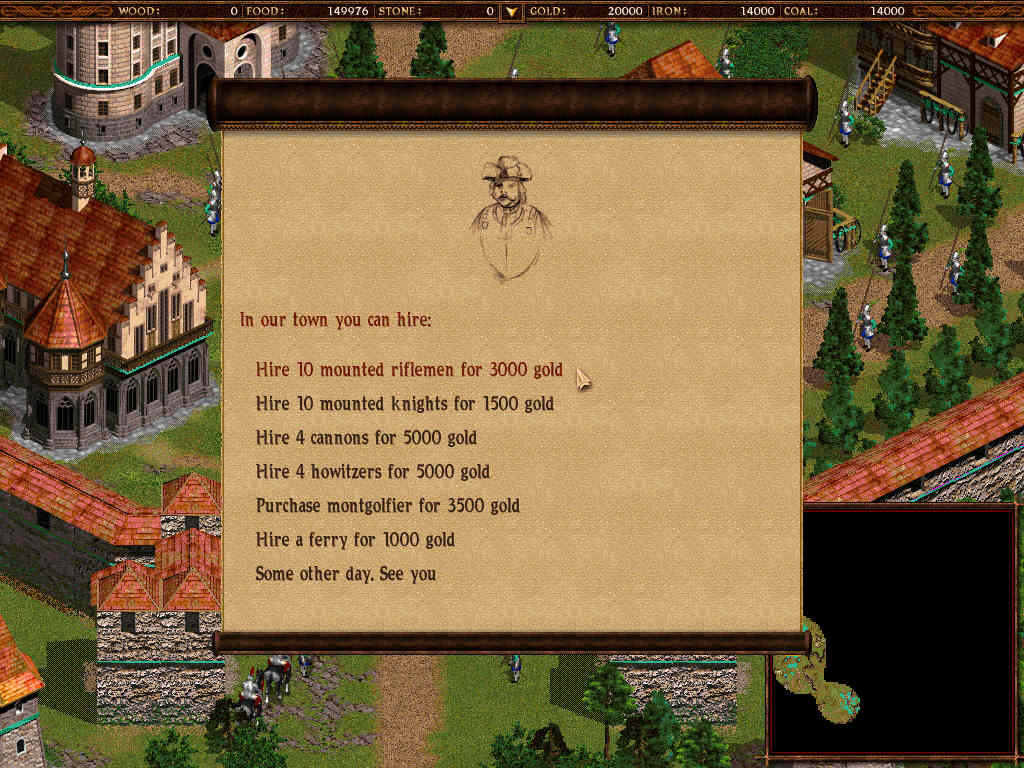 Players will also have the option to customize more elements including the capture of civilians and cannons, even making their capture not possible. There will also be more options for the number of resources at the beginning of the game, along with a bit more variety in terms of map types. More importantly different powers can be set to different difficulty levels — so if you like to play as England (my personal favorite) and walk over the Spanish, but have more of a fight with the French, it is now possible making for a more realistically flavored game.

All this could have been done in a mere patch or large file download, but the developers have also worked to make Cossacks a richer experience with Art of War. There are two new nations to play, Bavaria and Denmark, and while their contribution to European history was always minor at best these do add a bit more flavor to the game. Five fully new campaigns, along with new historical battles and single missions have also been added to let players try their hands at this turbulent time in history. Much more important is the inclusion of a map editor so you can even make your own custom designed settings.

The included maps are up to 16 times larger and can make some of the epic engagements go on, and on and on in many cases. Of note for those who really like to figure out where they went wrong in a game is the new record and replay feature so armchair commanders can determine the exact moment when a sure thing turned out to be the wrong decision. This feature comes in handy for those that take this game a bit too seriously (and I’ll admit I’m one of those kinds of players). This is where the expansion even begins to outshine Age. But the added formation handling, which now includes cavalry formations, really make for richer engagements on the battlefield.

The interface has been streamlined a bit and while it is difficult at best to command a thousand soldiers, you can manage to keep your ranks together and really let loose with that deathblow onto your opponent’s forces. Regrettably, no new technologies or buildings have been added at this point to the expansion, but you will be able to look forward to seven new classes of ships for even more compelling naval engagements. The new ship-of-line class will make for even more devastating coastal bombardments.

Finally the developers have worked to expand the online multiplayer experience with the inclusion of statistics and opponents’ history. You’ll be able to gain rank and earn medals for your victories and possibly a reputation for daring exploits.

All in all, Cossacks was a decent Age of Empires clone, a pretender — a very good pretender mind you — to the legacy of Age, and with this expansion the game seems to have addressed its shortcomings and should give fans a little something more to play when it ships early next year. Cossacks will certainly let you explore the art of war.