Publisher: CDV
Developer: GSC
Version: Late beta
Expected release: March, 2001
If 2000 was the year of 3D real-time strategy games, then, so far at least, 2001 looks more like being a step back to the genre’s 2D roots. Cossacks, developed by Russian team GSC and published by CDV, is just one of the many classic-styled 2D RTS games due this year.
Though in many ways Cossacks is similar to Age of Empires, it is designed to be much more historically accurate. The single-player missions are based on actual campaigns, and the maps on which you fight are rough representations of the actual battlefields. The politics and units of the game also bear a fair resemblance to the 16th to 18th century period on which the game is based. Players can take the roles of one of 16 nations, each with its own set of buildings and units reflecting its architectural style. 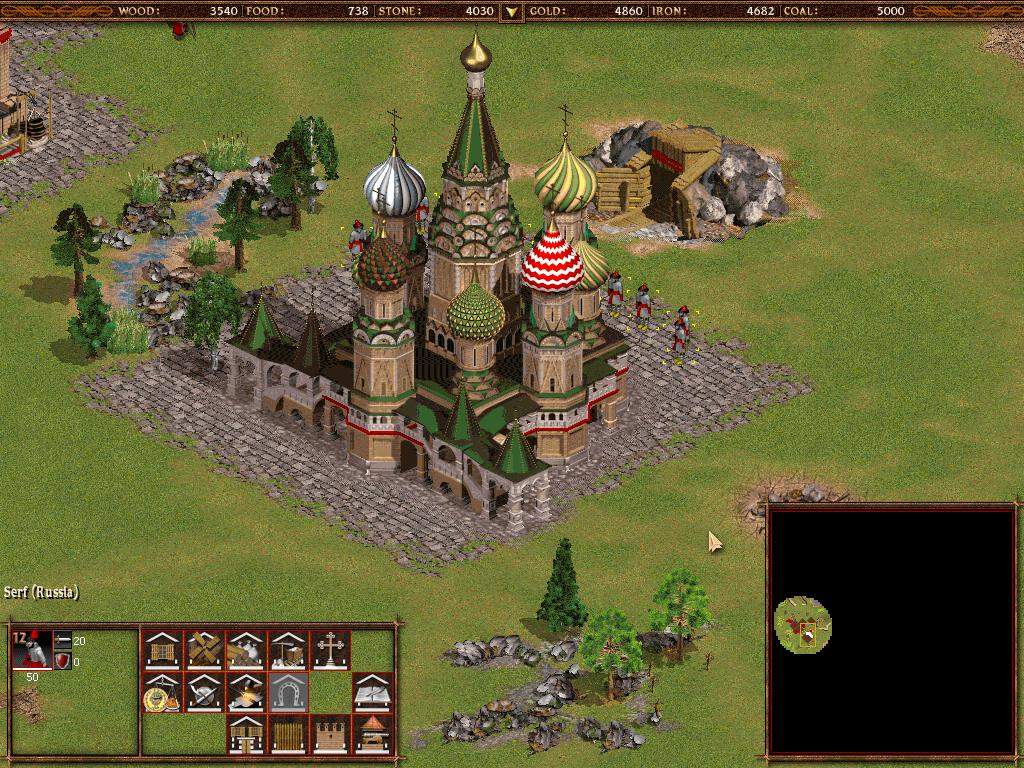 Though the game is 2D, a great deal of work has gone into ensuring the units look right from every angle. Larger ones, such as the ships, have 64 rotational frames to help them appear to move smoothly. Buildings are cleanly drawn and many are instantly recognisable as national landmarks like England’s Houses of Parliament. Even the walls follow national styles – the strongest Russian wall looks identical to the one surrounding the Kremlin.
Whereas Age of Empires battles (and those of most other RTS games) barely qualify as skirmishes, Cossacks can display up to 8,000 units on screen at once for huge battles. To help manage such large numbers of troops, and deepen the strategic options open to players, Cossacks has a heavy emphasis on formations and large-scale organisation of soldiers. It also differs from other, similar games in that the landscapes, while displayed from a fixed perspective, vary in height – so troops with projectile weapons can stand on hillsides to fire over the heads of their compatriots. Troops also march faster downhill.
Formations need an officer and a drummer to be created, and can only be made with certain quantities of troops. They receive benefits when holding their ground in formation, thanks to the stronger defence an organised group creates. Once 50% of the units are destroyed or the commanding officer is killed, however, discipline breaks down and the soldiers flee.
Cossacks also has a heavy emphasis on naval warfare. Basic ships can fish for food, but more expensive and complicated ones can carry troops and cannons to cause serious damage to enemy coastlines. Galleons can fire inland, posing a huge threat to coastal settlements – so on maps with vulnerable coastlines your harbour will need protecting well. 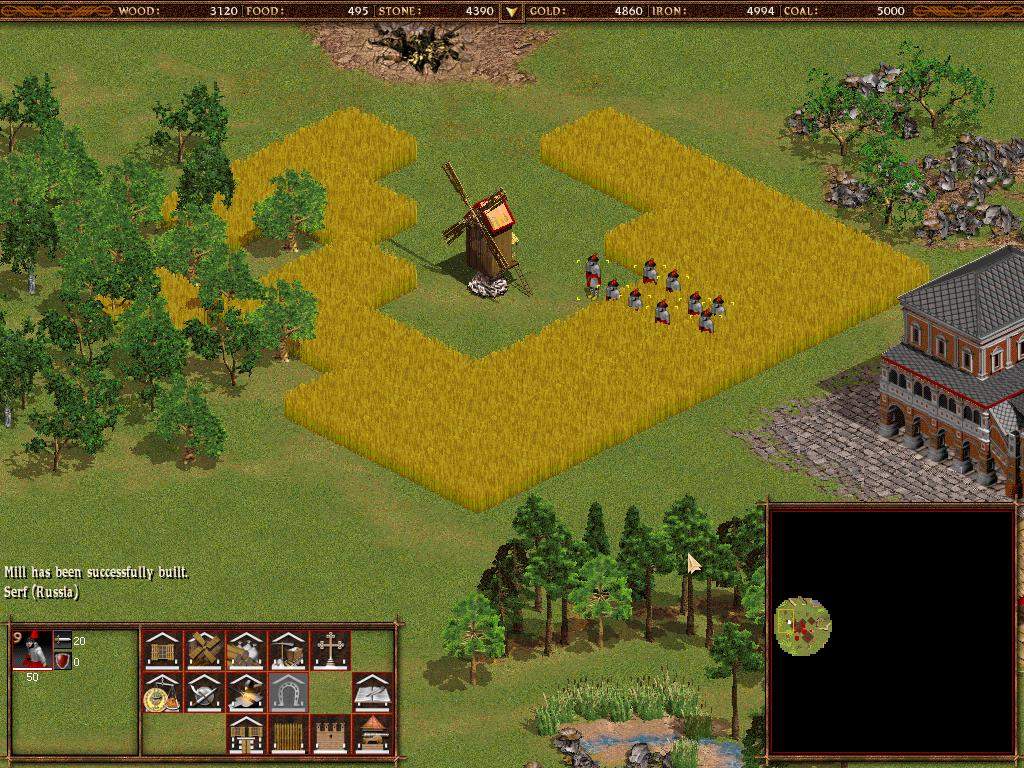 Cossacks’ resources comprise food, gold, stone, wood, iron and coal, all of which must be mined or grown. Unlike most other games of this type, though, potential resources are infinite, so mines never run dry. Troops require a constant supply of food to live – running out results in mass famine, so players managing large expeditionary forces must balance warmongering with harvesting. Some projectile weapons also require iron or coal to fire.
After building an expensive diplomacy centre, mercenaries can be hired, avoiding both the trouble of building up the troops yourself and side-stepping the racial restrictions placed on the forces. Troops can also be improved after being commissioned – there are around 300 different upgrades, modifying stats like rate of fire or defence, or adding abilities – archers can be upgraded to shoot fire arrows, for instance. Mines and farms can also be improved to make them more productive. Upgrading your town hall (the heart of your city) lets you build newer and more technologically advanced units, but needs a big stack of resources to do.
Though it certainly shares a lot with the Age of Empires series, the formation management and interesting racial divisions give Cossacks a novel twist. And as the screenshots show, it’s got a clean, appealing and varied look to it. It’s already out in Germany and Russia, but is still being tweaked for USA and UK/European release (due on April 6 and March 30, respectively).
cossacks1
Share
0
FacebookTwitterPinterestRedditTelegramEmail
previous post