Today I had the great honor of having a couple of rounds of Cossacks developers – with Sergei Grygorovych (producer), Andrew Shpagin (lead programmer) and Sergei Ivantsov (tool programmer)! Here’s a screenshot, please look at the points, hehe …. I actually grabbed a farmer from one of the GSC people, lol. But that was the only game in which I scored points was in front, after that I was pounded mercilessly into the ground … 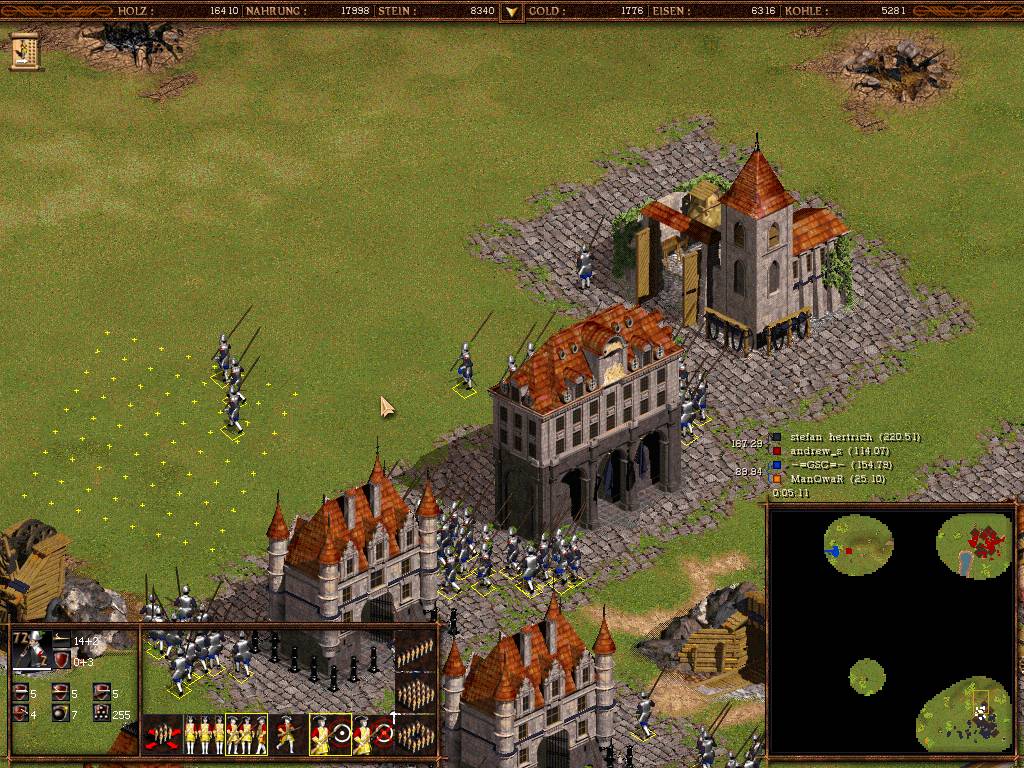 Contract for Cossacks with France