LET’S REWIND TIME FIVE years… okay, American Conquest is a great game. It has cutting-edge isometric sprite-based graphics, support for armies of thousands of troops (putting Age of Empires in its place) and comes with nine massive campaigns that entertainingly display the time period just prior to the American Civil War.

Alright… now let’s go forward five years to today. American Conquest is a dated game, with isometric sprite-based graphics (when was the last time you’ve seen an RTS that wasn’t rendered in 3D?), an inflexible camera and has good old boring traditional RTS gameplay (build up a base, build up an army and destroy the enemy). It plays like it should have been released in the last century, and yet comes shipped on a DVD (with Star Force protection no less) and has mid to high level system requirements. Why? Much like our taxes, we couldn’t see where all his processing power and rendering abilities were disappearing to.

First, though, the good points of this game should be extrapolated. After all, as illustrated in the first paragraph, if it weren’t for a few years of pesky time working against it this game would stand quite respected among other RTS’, if not a great title at least one of acceptable quality. One of the good things it has is the possible sizes of its battles. Having two to three thousand troops all lined up on the battlefield blasting at each other in formation is quite satisfying the first time you see it. All the individual men are, however, sprite rendered, which does take a little away from the combat, but AC is definitely capable of having some of the larger battles we’ve witnessed to date.

In reference to the sprite-based system, the artwork is quite beautiful as game art goes and the atmosphere of early 19th Century North America is fairly good by modern game standards if you’re into that sort of thing. We particularly liked the ‘rolling’ effect on the farms. The farms are your standard Age-of-Empires-clone farm, but the crops in the farms grow in around five or six stages. As the peasants you employ harvest the grain it depletes to stage one and slowly regrows to stage seven, leading to the almost organic look to the farm harvest. A little bit of innovation in an otherwise stock-standard RTS.

However, this is where the innovation ends. American Conquest is a true clone of classic Age of Empires in almost every sense, almost to the point where it seemingly shares the same graphics engine. Where it falls short in being a clone is the poor enemy AI, which provides little challenge to even a brand new player. Even AoE classic provided more of a migraine, although AC compensates a little with more advanced intelligence on a unit by unit basis.

For example, units will automatically form up into formations upon reaching their destination if selected in a group, and will move in formation as well. In addition, the psychology of each unit is a little more advanced than the normal standard, in that each individual considers its current action based on the condition of its formation and the state of the overall battle.

Commanders of a failing force can expect to see men break off in ones and twos before all in a flood heading for the hills, a little bit of realism that unfortunately can get annoying due the rest of the combat being so weak. When the complete absence of tactical support in the interface makes winning a battle nightmarish, having your troops unexpectedly turn tail and run doesn’t help matters.

In terms of raw content, here at last AC scores some points. It comes with nine campaigns and an impressive number of historical battles, all seemingly faithful to their historic counterparts as far as we can tell. The random map generator also provides a nice slew of options which, if a player is so inclined, could keep him occupied for hours; nothing new that other staples of the genre don’t have, though.

The bottom line is that this is a dated game, a title seeming to squeeze the last out of the fan base for the series. If you must, must have an RTS game set before the American Civil War then give this title a try. Otherwise any respectable tactician should stand clear.

Ups: Beautiful artwork and an authentic setting, backed up with huge battles.

Bottom Line: This game is only for the diehard American Conquest fans. Any respectable RTS gamer should think twice. 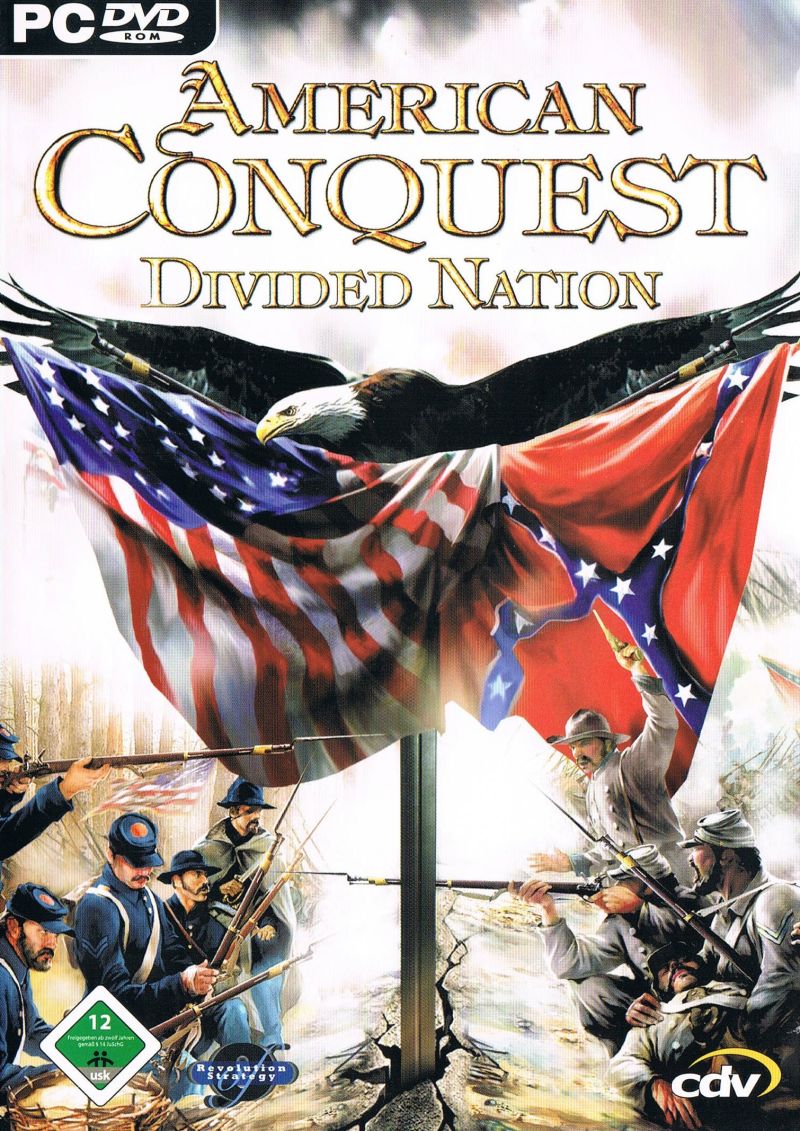