by: Peffy 29/04/2017 0 comment
Originally released on Hungarian version of CossacksHQ:
I waited eagerly for the announcement of Cossacks 3’s latest DLC, Path to Grandeur. I was still at work when I had already received emails and also a call from my best friend on the subject.
In the work hadn’t fallen down yet the ting and the picture hadn’t come together, but on the way home I immediately remembered what I had talked to last time with a couple historians from nearby and Felvidék (now is called Slovakia). The point is: Grenzer (Granicsár in hungarian). This is a German-type infantry brought to Hungary by the Austrians and concentrated on the borderlands. With the exception of Transylvania (where the Szeklers/Szekelys did not really call themselves grenzers), they were on duty mainly in the south, where they consisted mostly of Rác, Croatian, Serbian (or rather we call them Slavs) soldiers and never fought for our country!
They also fought against Hungary in the Rákóczi and 1848-49 war of independence, and they also took part in the “massacres” in the Délvidék (Southern Land). As a result, I couldn’t accept that one – let’s say! – an anti-Hungarian unit is being deployed to us as an elite soldier.
I immediately contacted the developers on this topic, wrote to them and luckily they gave me this reassuring answer: 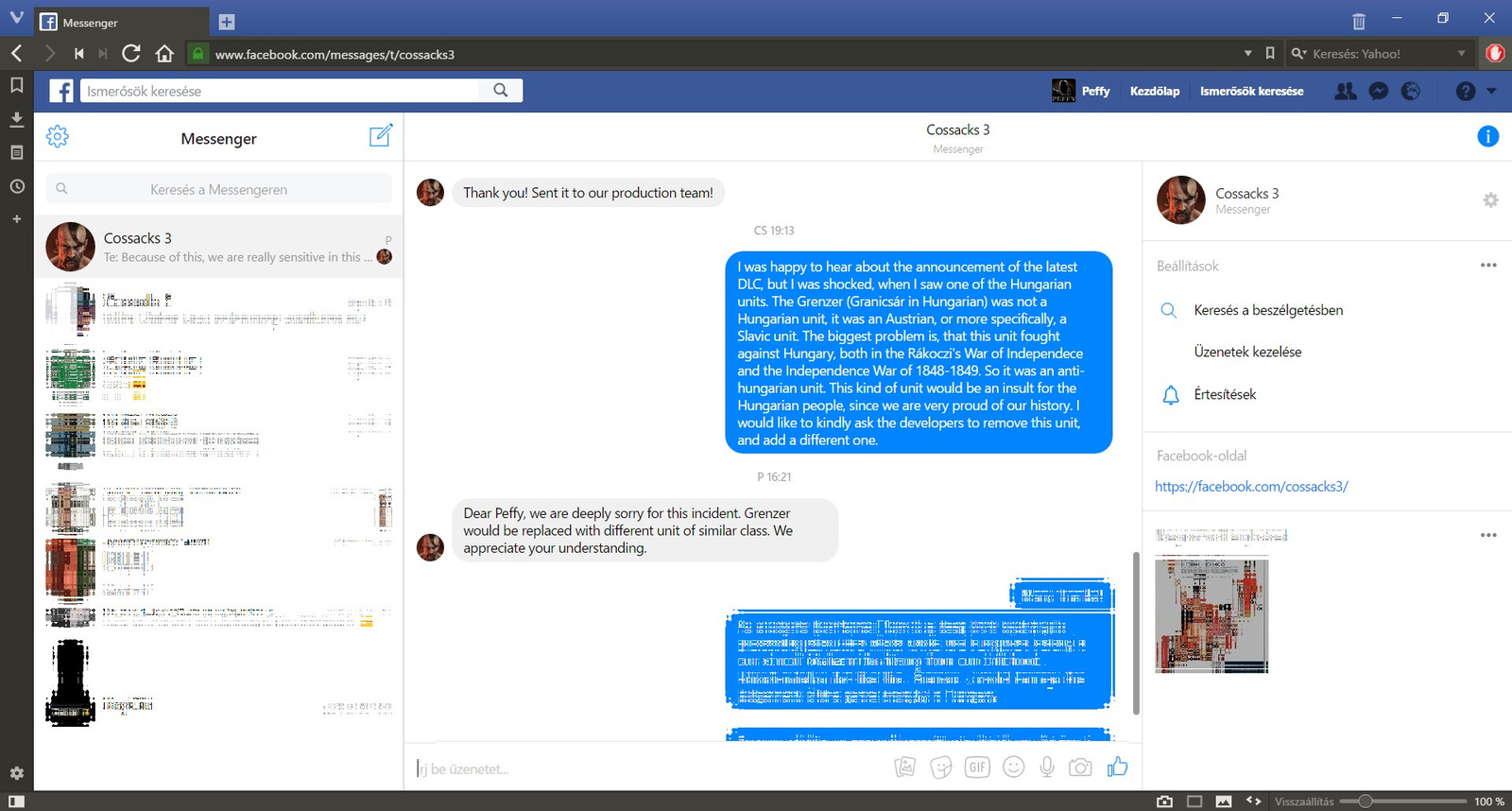