20 September 2016. It’s exactly 5 years to the day since the release of GSC Game World’s latest game from the ashes, the latest instalment in its hit series. The Ukrainian team has once again made history with Cossacks 3, but the recipe for doing so was simple: take the most successful game in the series, Cossacks: Back to War, and recreate it in the spirit of today’s expectations.

For fans, 20 September itself is a bit bittersweet, as the release of the game itself was almost pushed back to the next day (it was actually only a few hours) due to continually detected bugs, but was finally made available on Steam as a result of the hard work. From then on, there was no stopping it. 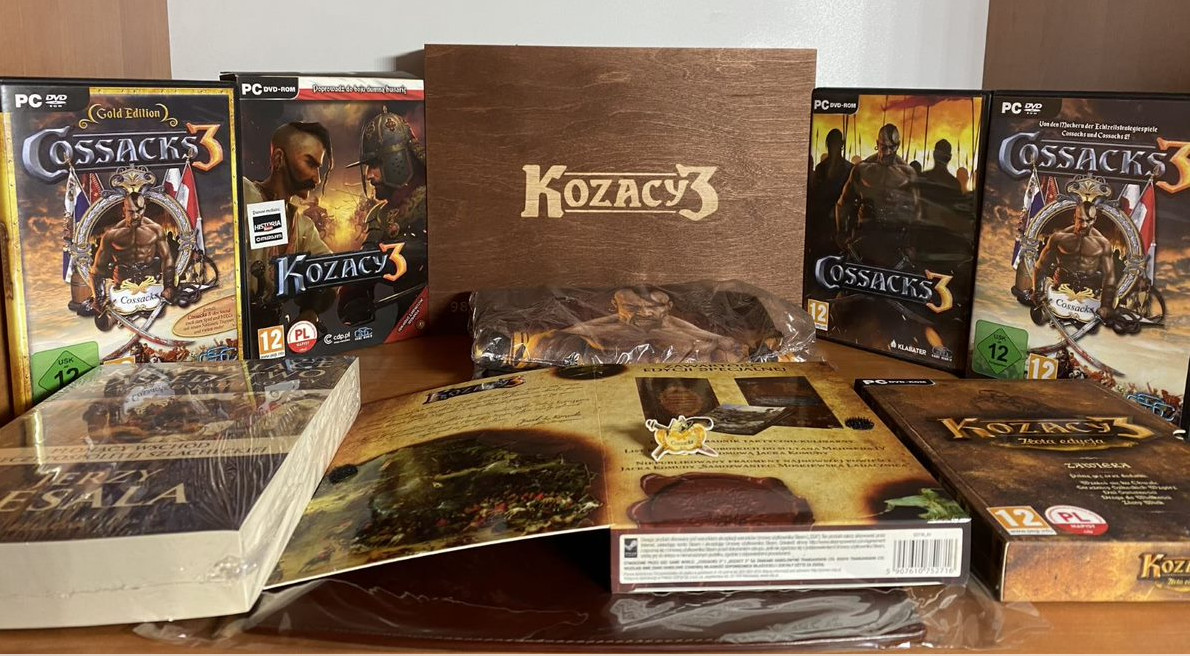 Although there were many skeptics and disgruntled people about the game, GSC Game World had to take advantage of the fact that Cossacks 3 was not released with all the content available in Back to War, and they took advantage of the popular Season Pass and DLCs to bring us the content and ensure their financial stability. For a small development team, this is absolutely not a detail.

The factory is up and running. After dozens of post-launch patches, we’ve already received a completely free piece of content for Halloween (in style at the end of October), but let’s not forget that improvements such as larger maps, mode support and more features requested by smaller users have been added to the game. Back on 13 December 2016, the first real DLC, Days of Brilliance, arrived, welcoming Denmark and the Netherlands. The festive season was not without its excitement, with a free update mission to save Christmas.

We weren’t bored until February, when the next DLC arrives. A series of community competitions were launched, and the developers asked for user feedback on several occasions, which provided a valuable update to the game from a player’s perspective. Finally, on 15 February 2017, we welcomed the Rise to Glory downloadable content, and with it the Bavarians and Saxons.

The developers surprised fans at the end of March. It had been previously rumoured that content not seen in Cossacks: Back to War would be added to the third instalment, but then we received confirmation that the Scots would be added as a playable race. The coming of the Gaelic was eventually delayed until 14 April 2017, but this downloadable content was a real treat. Not only did a completely different composition and strategy of a nation arrive, but also the Advisor feature, which only allowed all players to ‘win’.

We didn’t have to wait long for Path to Grandeur, the next big DLC. On 17 May 2017, the downloadable content arrived, bringing with it Hungary and Portugal. Here, I would like to note the developers’ dedication to the fans, who, upon request, finally scrapped the Granicar infantry unit planned for Hungary due to its dubious reputation in Hungarian history, and replaced it with the Szekler border guards (thanks again!).

We had to wait until 24 August 2017 for the next and last big DLC, The Golden Age. Even after Piedmont and Switzerland arrived, the developers didn’t leave us alone. With the Season Closing Championships already launched, we could watch the pros clash, all in only 4 acts so far unfortunately. There’s more to come in the way of content updates, with the developers refining Cossacks 3 up until 21 June 2018.

We already knew here that GSC Game World’s next big thing would be S.T.A.L.K.E.R. 2, which is currently the highest priority for release on April 28, 2022. However, the community is hopeful that the promised improvements (18th century ships, additional AI improvements, porting to Mac, etc.) will arrive at some point. We haven’t received any specific promises from the developers on this, but in a post from exactly 1 year ago, they hinted at some “exciting updates”.

“So be it!” is what we used to say here in Hungary for every promise. We are waiting for the best, but nevertheless we do not forget the efforts made for the community and especially the third act! Thank you! And happy 5th birthday Cossacks 3!