by: Peffy 18/09/2016 0 comment
46
Again, we’ve caught some valuable information out of Steam forums, as to our great pleasure, the questions answered by GSC Game World developers. Read the important information here:
1. Formations
Melee units will have added bonuses of +2 damage and +3 armor in formation, and will receive a total of +9 bonuses for both criteria in “stay the ground” option.
Melee units will have +2 damage and +3 armor bonuses added in formation, and a +2 damage and +9 armor bonus in “stay the ground” option.
Cannons have no bonus on formations.
There will be no formation on the ships. 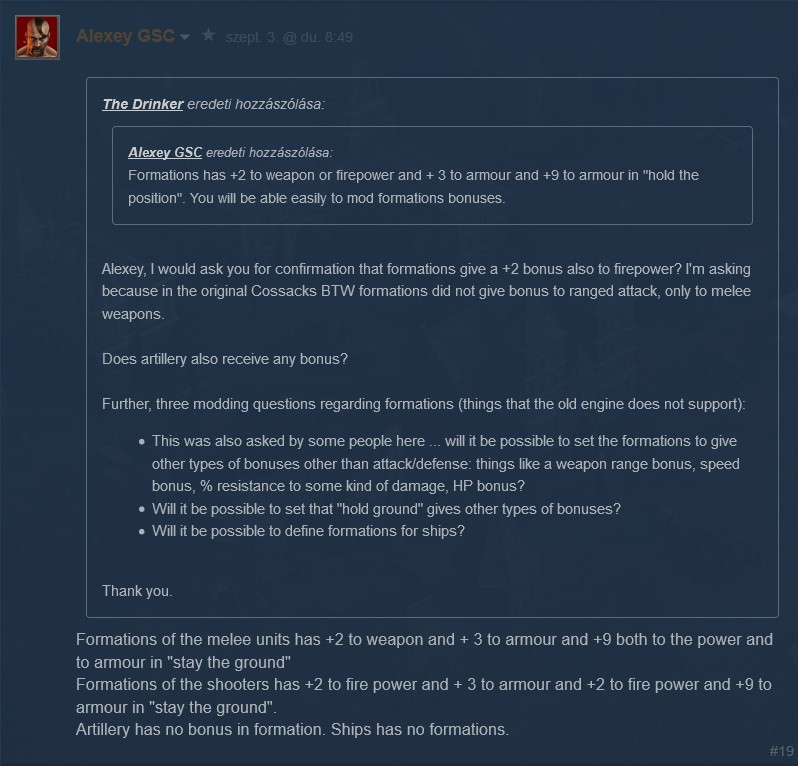 Furthermore, a total of 400 units can be placed in one formation.

2. Inaccuracy
Archers fire inaccurate shots, so Tartars (mounted archers) and infantry archers will target with a random factor, as will their mercenary counterparts.
Units firing with rifles and pistols are accurate, they will not make mistakes.
In other words, this part will be in the game the same as before! The cannons were therefore not mentioned separately.

3. Operate with camera
It looks like we will have more limited tools to handle the camera, as we will have to enter a cheat code to set the camera angle. We don’t know what that makes sense, because in multiplayer mode we don’t have the option to control the camera!

We will be able to zoom easily with the mouse wheel. So there is no L-key method used in American Conquest and the two views here, we can adjust it dynamically thanks to the 3D graphics engine!

4. No demo
There will be absolutely no demo, so we won’t have a chance to try it out!

5. What will the map editor look like?
The map editor will be the same as in the first Cossacks, but we will have many more options.

6. What monitor does the game support?
The game will support all monitors, currently available resolutions and display ratios due to its fully 3D engine! This is good news for ultra-wide monitors!

7. And most importantly: pricing
The standard dollar-euro conversion for Cossacks 3 is not as certain. The greedy method we have been accustomed to lately – that the two currencies matched 1: 1, so $ 15 was € 15 – will not be here, they depend entirely on the exchange rate. Since the latter is constantly changing, let us not convert the amounts. 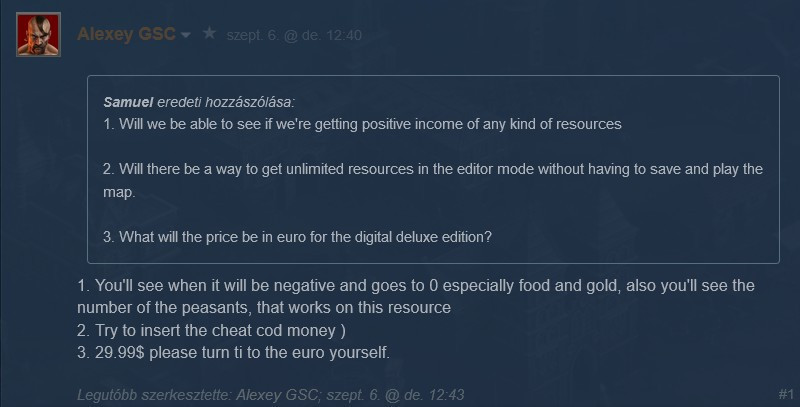 Unboxing video about the polish version of Cossacks 3

Release or not release – that is the question!