GSC Game World has never been known for meeting schedules, but what was promised was delivered. They also owe us for Cossacks 3, they were tight-lipped about their update plans, but they officially revealed it in their fourth birthday message, but since then another year has passed without any information. The more observant will know that there were changes to the ‘beta’ and ‘testpass’ channels on Steam until two months ago. 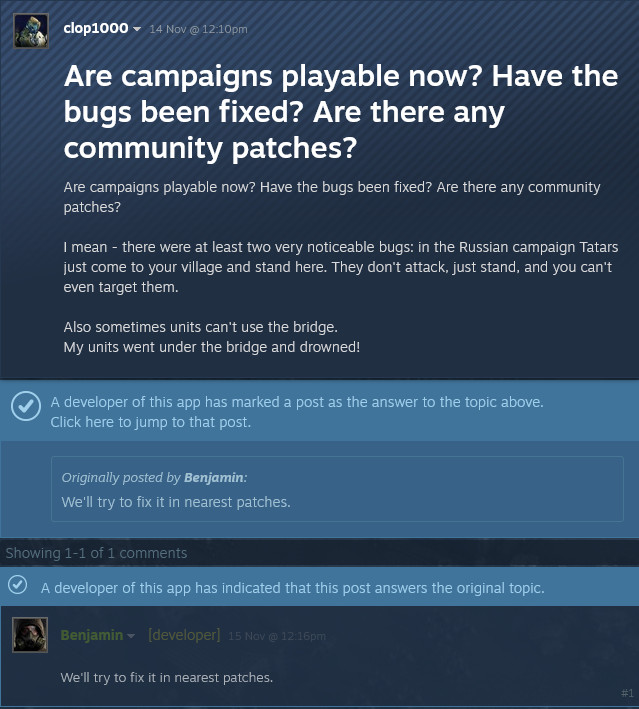 However, there is great hope that the developers, at least one of them, called “Benjamin”, are active on the Cossacks 3 Steam forum. In response to a question about an update, he replied that “we will try to fix them in the next patches”. We didn’t learn much from this, but it can be said that there is hope!