Two images from the earliest version of the Cossacks have emerged from the dark sides of the internet. It is easy to see that it was thus very similar to the first part of the Age of Empires, which is also confirmed by the environment (trees, water) and the appearance of the buildings. The layout of the bottom menu bar and the icons and map on it were also popular in the aforementioned series, but fortunately this was discarded, thanks to which we got a not always active menu bar, but still somewhat transparent, and the mini-map was located in the lower left corner in adjustable form. The appearance of the units (Pikeman 17th Century, Sterelec, Cannon, Serf, Dragoon 18th Century) has not changed. 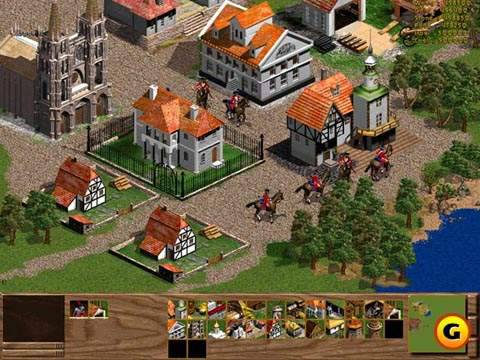 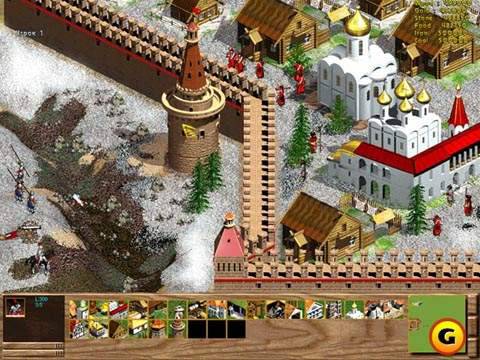