by: Peffy 20/07/2015 0 comment
Natus Vincere the leading eSports club asked Cossacks 3 project lead a couple of questions about the development and possible eSports aspects of the game.

GSC Game World recently announced about the development of Cossacks 3. We’ve recorded an exclusive interview with its developers. Additionally the article has a short history of development of the whole series of games Cossacks.

FOREWORD
Before the interview, we’d like to remind you, what is the Cossacks series. The game was first released in 2011. It was a real-time strategy, which received mostly positive reviews. The game brought a world’s recognition to an unknown Ukrainian game developer – GSC Game World. It became obvious that the game will be cult, and 2 expansion packs were released in 2002: Cossacks: Art of War and Cossacks: Back to War 2.

The second game of the series was released in 2005. It was devoted to the Napoleonic Wars. One of the main introduction was the impact of battle spirit and fatigue on the result of the battle. The game developers must’ve wanted to enhance the realism of the game with these introduction. The expansion pack Cossacks II: Battle for Europe was released the next year, introducing new nations and campaigns. After about 10 years, GSC Game World announced the development of the third game of the series. The new game will be a remake of the first one. The developers are planning to introduce minimum changes. They’ll only make it comply with the requirements of the modern world.

It’s interesting, will Cossacks III be able to become eSports title? First of all, the strategies are long abandoned by community, and solo-titles are less popular than team games. Moreover, nowadays a game can become an eSports discipline, only if the developer is interested in it. In this case the company should support the game as an eSports title, introduce the timely updates and changes in balance and sponsor the tournaments. The Editor-in-Chief of Natus Vincere website Ukraine Rostislav “Andersen” Grubi has asked a question considering the eSports to the representative of GSC Game World. 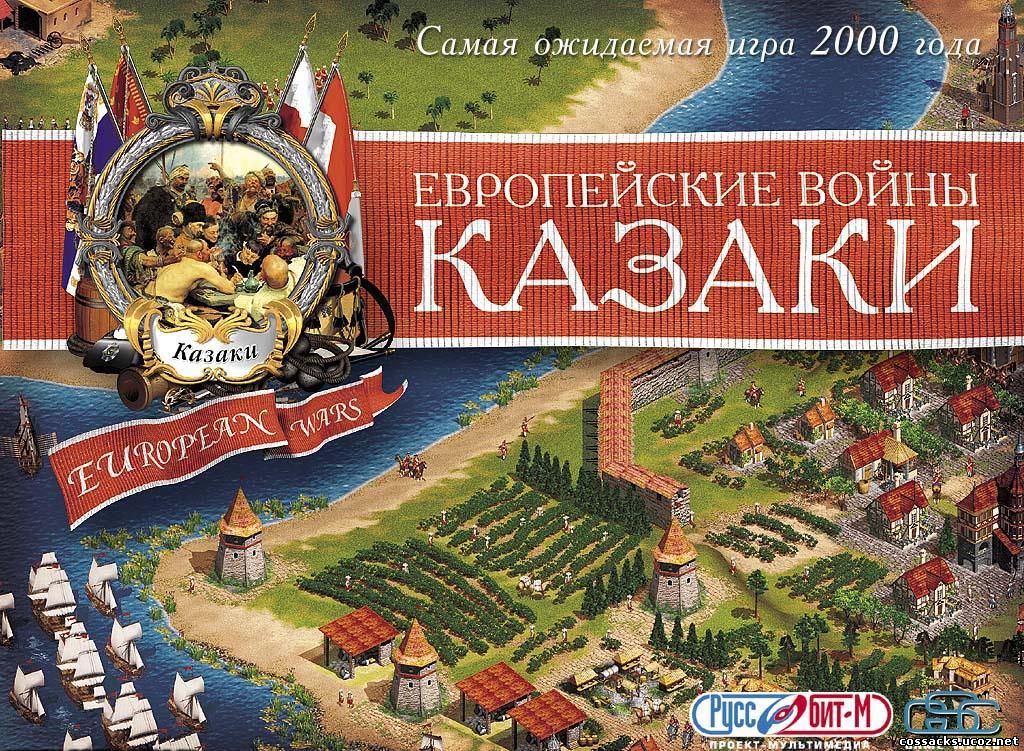 — Hello, legendary GSC company! Recently you astonished the whole game community with your news about the development of Cossacks III! I am the fan of your series, and I was very happy to hear the news! I spent a couple of thousands of hours in the first Cossacks and I still remember which the subsequence of buildings and the priority of upgrades. When did you decide to resurrect the cult series?
— We came to an idea of the third par development about 4 years ago. The main terms required for launch were team, time and technology. However, all the required conditions emerged only 2 years ago. In 6 months we were working on the development of the game.

— The first Cossacks were fantastically popular in both in Ukraine and abroad (Russia and the West). As concerns American Conquest and Cossacks II, both teams didn’t achieve the similar success. Though American contest had a cool setting with America Indians and various animals on the game map. The second Cossacks had improved graphics. What went wrong with these games in your opinion? The gamers have had enough of the alike gameplay? Was there not enough of introductions? Can you outline the mistakes? Why did you decide to return to the mechanics and ideas of the first Cossacks?
— We do consider the game mechanics of the first part of Cossacks to be the most successful. We are the fans of these games and spent thousands of hours playing them. The second part turned out to be overloaded with the elements of wargaming, which made the gameplay more slow and less exciting. The setting influenced too. Napoleon wars was the period when cold arms was almost abandoned and replaced with fire arms. However, the range of firearms was small. That’s why the quantity of tactics was limited. On the contrary, XVII-XVIII centuries ideally combined the weapon of “old times” (swords, arrows and pikes) with new “powder-based” weapon (muskets, cannons, howitzers and mortars). Moreover, there were also heavy “armored” cavalry and light maneuver cavalry. And on top of that was the fleet. Such diversity along with numerous combinations of the troops in the battle provided almost unlimited tactical possibilities to the player.
— I know that there were tournaments and leagues basing of Cossacks game. However, your game was never considered to be an eSports title. Do you plan to develop competitive part of Cossacks III? In fact, the wise development can provide a necessary format and concept. It all actually depends on your plans… The only RTS game in eSport is StarCraft II, which is currently undergoing the decrease in popularity. Would you like to compete with Blizzard title?
— We’d first analyze the demand. We’ll make a fair balance, dynamics and provide a good-performing multi-user mode. If we see the eSports discipline rising from our game, we’ll continue putting efforts into it and develop game in terms of eSports. However, I’m pretty sure, we won’t manage to do it without active participation of players. The multiplayer mode of the first Cossacks was very dynamic and popular. So, there are good conditions to create an eSports title. However, I don’t see the grounds for competition of Cossacks III and StarCraft II. Our audiences are very different. Similarly, Total War is not a competitor to StarCraft, and vice versa.

— Balance is one of the most important parts of any game (especially RTS). I remember that the first Cossacks (e.g. European Wars) had a couple of very powerful and unique countries (Ukraine, Poland, Turkey, Russia, etc.) and a couple of countries, which didn’t stand out. How about the balance in the third Cossacks? Can we expect the unique units for each of the represented countries?
— We’ll take the balance of Cossacks: Back to War with slight changes. During the beta-test we’ll begin collecting data about the mistakes in balance in order to remove them. As concerns units, their set will be practically similar to Back to War, in which nations have both common and unique units. 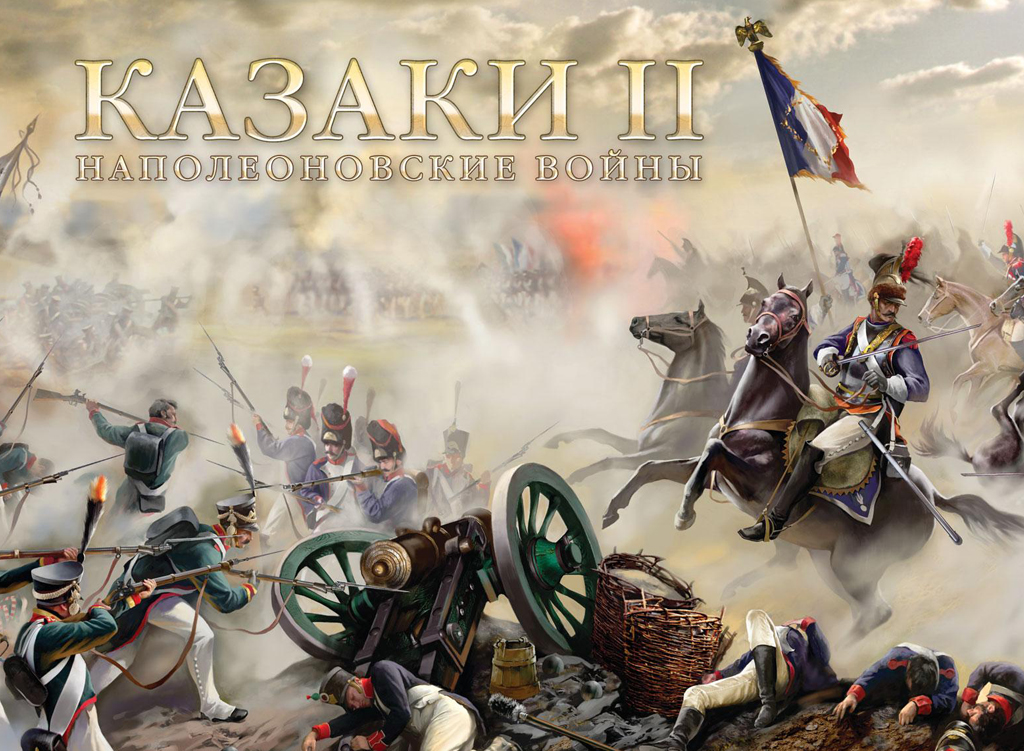 — We read your interviews for other web-sources. You stated that you were going to make the gameplay of the third part the same as in the first one: with exploding mines, take over of peasants, etc. Apart from that, are you planning to introduce any new gameplay solutions? E.g. there was an opportunity in the first Cossacks to capture the pessants of rival country and to force them to build the buildings of their home country, which sometimes influence the balance drastically. Will this be preserved in the third part?
— As of now we are fully transfering the game mecanics of the first Cossacks to the third part (with all the details and features), including the capture and development of the rival’s nation and surely with the exploding mines. The main work over the development and improvement of the gaming process and the achievement of the game balance will begin after the release, when active multiplayer battles will begin. We would like to engage many fans of the first part, who have the experience in playing and know all the aspects of the game. In cooperation with them we’ll be able to provide new features and rules to the gamers. Don’t forget about the moder’s instruments. They are very powerful and accessible. Introducing the changes into balance is quick and easy. You open it, change the parameter and save. We will provide maximum support to the creation of modes, follow the most successful ones, and perhaps, they’ll take their own place in official version. Why not, if the user might introduce the more successful balance.

— A couple of years ago GSC cooperated with the pioneers of Ukrainian eSports. I know that Ukraine Natus Vincere CEO Ukraine Alexander “ZeroGravity” Kohanovsky played in GSC*GameWorld’s team! Do you follow the games of Natus Vincere? What do you think about the development of eSports?
— Yes, that’s true! The name of the team was GSC Pro Team. We had a Counter-Strike team, the players of WarCraft and StarCraft. These guys helped us to adjust the balance of the multiplayer modes. Some of them worked later as game designers in the company. Alexander and his team worked on the balance of FireStarter and S.T.A.L.K.E.R. Maps, balance of weapons, etc. There was much work, which was mostly technological and absolutely different from the typical work of an eSportsman. They did great. As concerns eSports, I’m surprized. Ten years ago it was obvious it would have a great future. However, I never expected such scale. I’d be happy to see our game as one of the eSports tiles.

— Today the games and eSports are popularized largely due to the game streams and services like Twitch.tv, Hitbox, AZUBU etc. Do you think the third Cossacks will be popular among the streamers?
— In general, streamers are hardcore players, whereas Cossacks is a hardcore game. One can’t win by simply picking units and sending them in battle. There are too many variants, peculiarities, tactics and combinations. An fan will always be eager to watch the tactics of other players. We know it, cause we are passionate gamers ourselves.

— There’s no secret that F2P model with ingame shop is the most popular model today. Do you plan to customize the units and buildings and sell them? What about the paid access to the particular maps and modes? What is your attitude to Free to Play model?
— As per moment we focus on the sale of the full version plus particular quantity of DLC, often free. As for now, it’s early to speak about any additional ingame purchases. We fully focus on the project development. We need to finish it in time and to release. We are not the fans of the pay-to-win format.

Interview with composer of the Cossacks 3 Yaroslav...