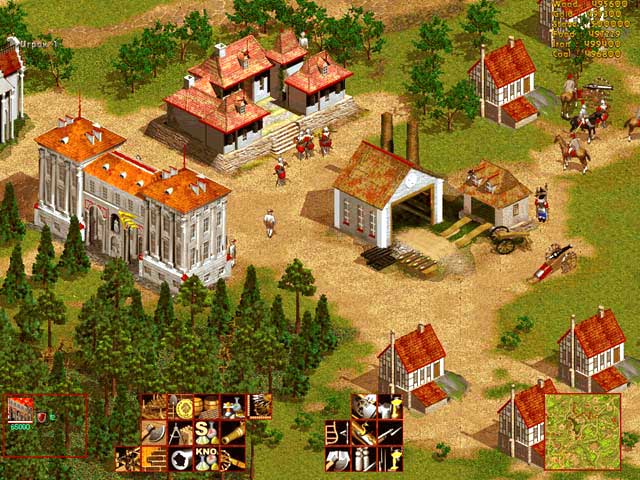 Austria appears in the first picture. The Academy was said to have not undergone any change, but the Artillery Depot, House, and Barracks 17th Century — especially the latter — became different. The appearance of the units has not changed, the picture shows Musketeer 17th Century, Peasant, Cannon, Officer, Croat and Reiter. Interestingly, in the building menu system, the building (now the Academy) would have been given a separate icon image depending on its appearance (this has been simplified), and the menu frames are not yet complete. Research icons, on the other hand, reflect final states. It should also be noted that you list the resources in the upper right corner, the top menu bar has not yet been implemented. 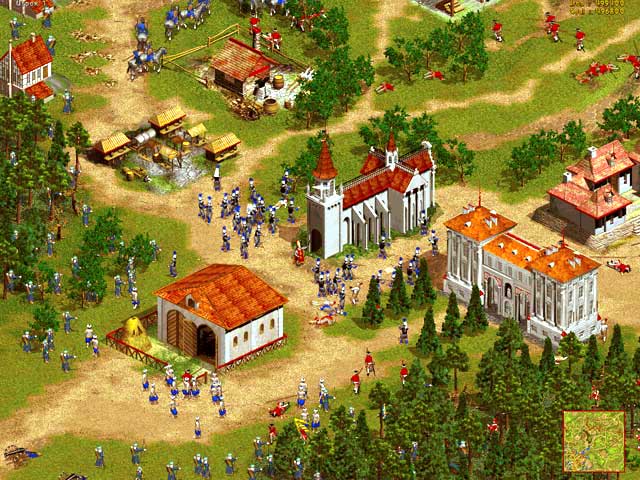 Shift the previous image to the left. Stable, Cathedral, Market and Blacksmith (as well as Storehouse a few pixels away) can be seen, in the area of which the makers have changed a lot. In the field of units, Pikeman 18th Century appears on the Austrian side, and against them the Turkish-Algerian troops march with Light infantry, Archers, Janissaries and Mamelukes. 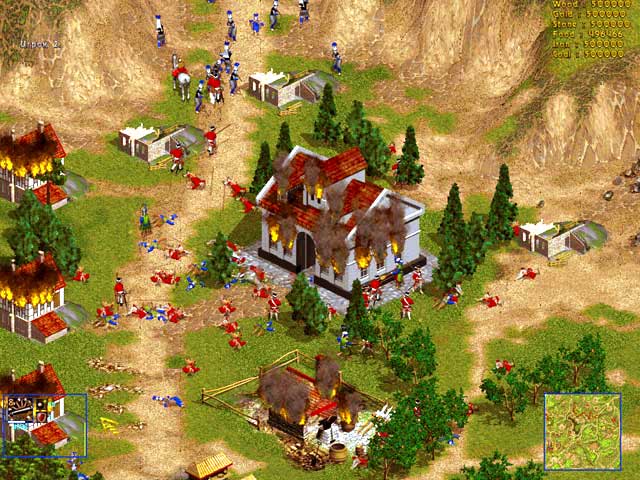 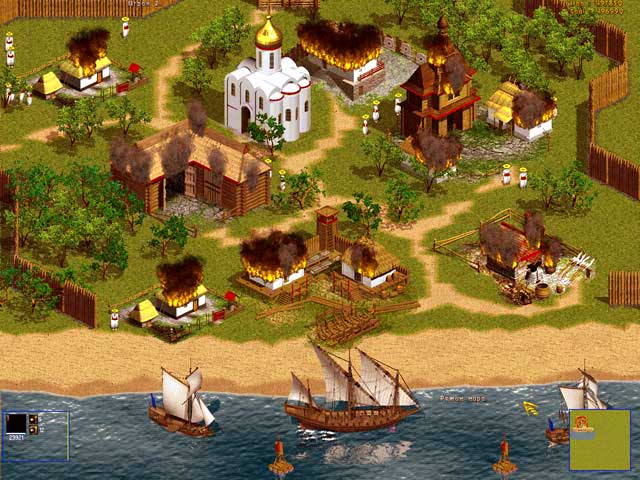 The Ukrainians. It can be seen that their Cathedral here does not yet reflect the final state, it was replaced by an Orthodox church in the village of Slobotiv during the developments. What you can see in this picture would probably be a very simplistic figure of St. Sophia Cathedral, which was more beautifully realized in Cossacks 3. Interestingly, Stable that appeared here was later transferred to Russia, the other buildings (Town Hall, House, Shipyard, Cossack House), units (Yacht, Xebec, Ukrainian Peasant) remained the same in the final version. 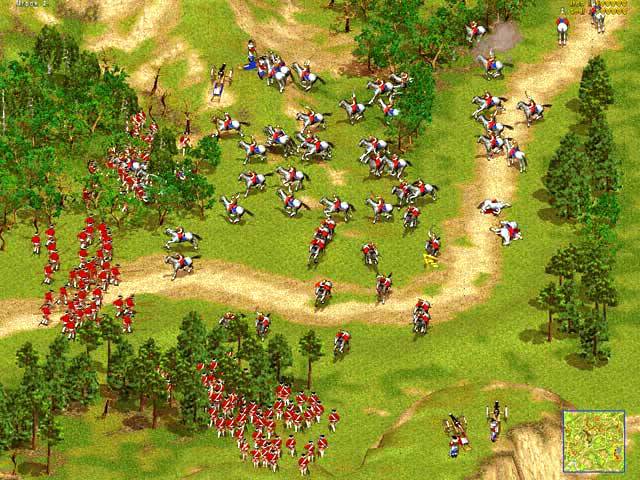 A battle is in this pictures. Sich Cossacks cavalry strikes an army mixed with Musketeer 18th Century and Pikeman 18th Century. Here, even with the Cossacks, the color and contour of the horse created quite an artificial effect. 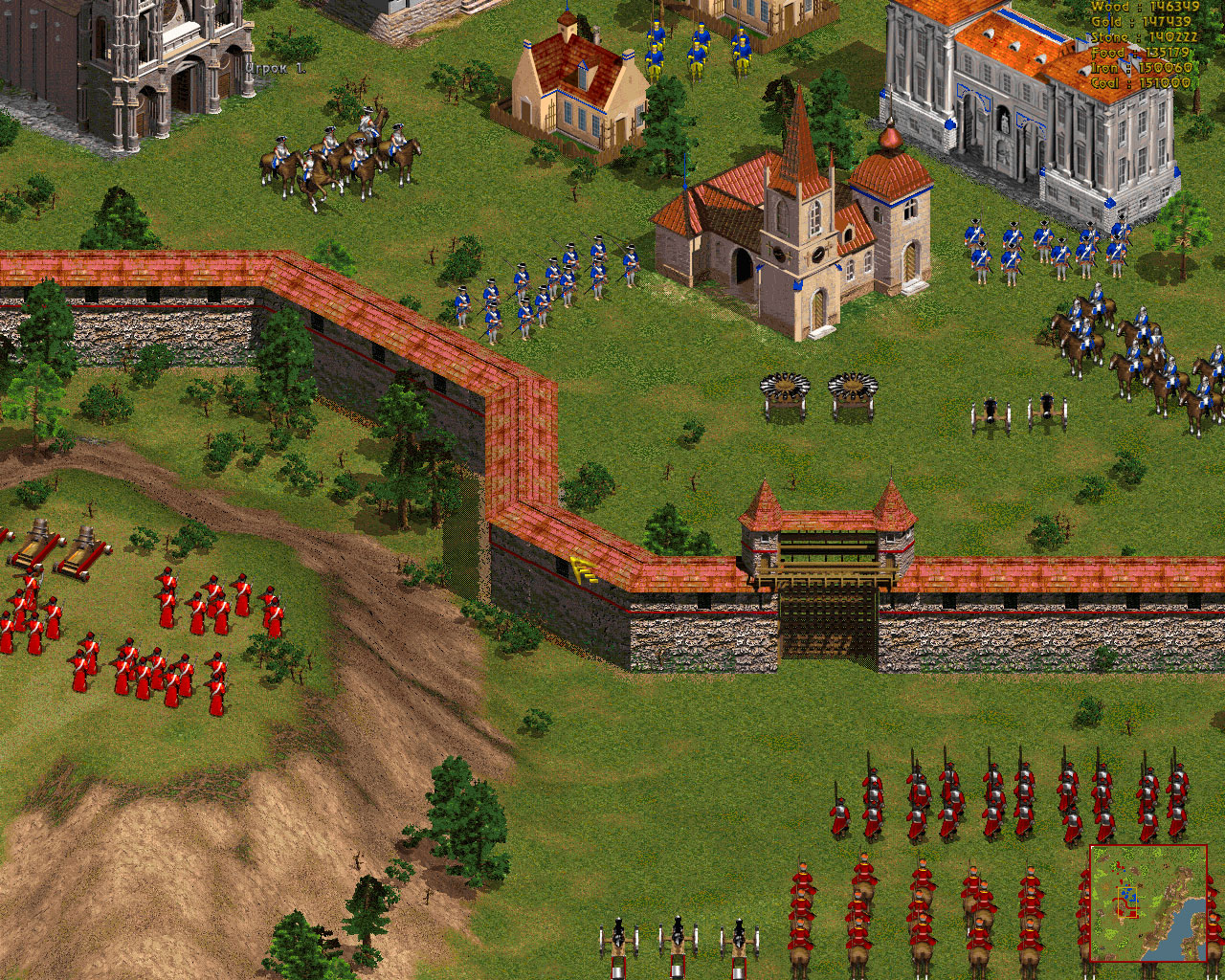 The Russians arrived to the Swedish city. Strelec in the hills guard the mortars, while the main army at the gate, Ppearmen, and Don Cossacks, together with Cannons, face wolves against the Swedes and their city. All the buildings of the Swedes (Stable, Cathedral, House) have completely changed (it is possible that Academy in the alpha was the same for all nations), while the units have already received their final form (Swedish Pikeman 18th Century, Swedish Reiter, Cuirassier, Musketeer 18th Century, Multi-barreled Cannon). 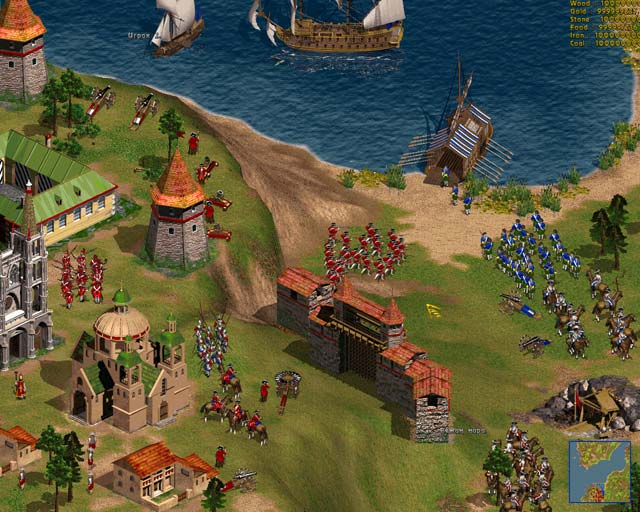 The conquerors have arrived to the Spaniards! Their buildings already look similar to the final (except for House, thankfully it got a much more Mediterranean impact in the final). Town Hall, Cathedral and Barracks 18th Century are now recognizable, not structurally but comparatively altered. Among the units not seen before are Ship of the Line, the Dragoon 18th Century, Pikeman 17th Century, Officer 18th Century, Grenadier, Priest, Peasant and Ferry. 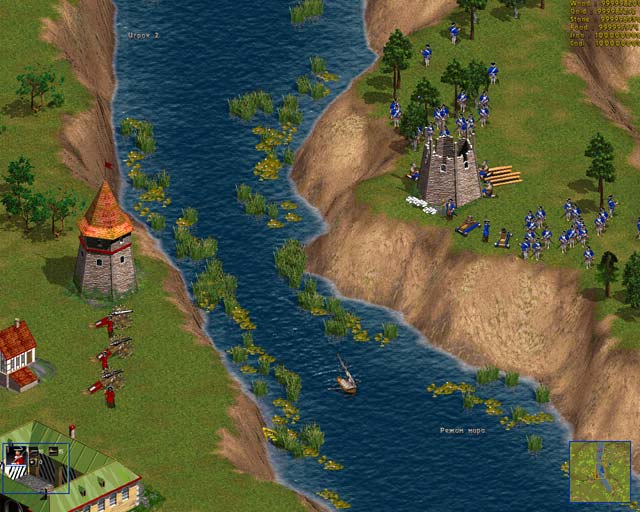 There are not many special features in the picture, the units and buildings have already appeared in previous pictures, except for fishing boat. Perhaps the interesting thing about the building just under construction is that it has continuity – in Age of Empires, for example, they suddenly grew out of the base. 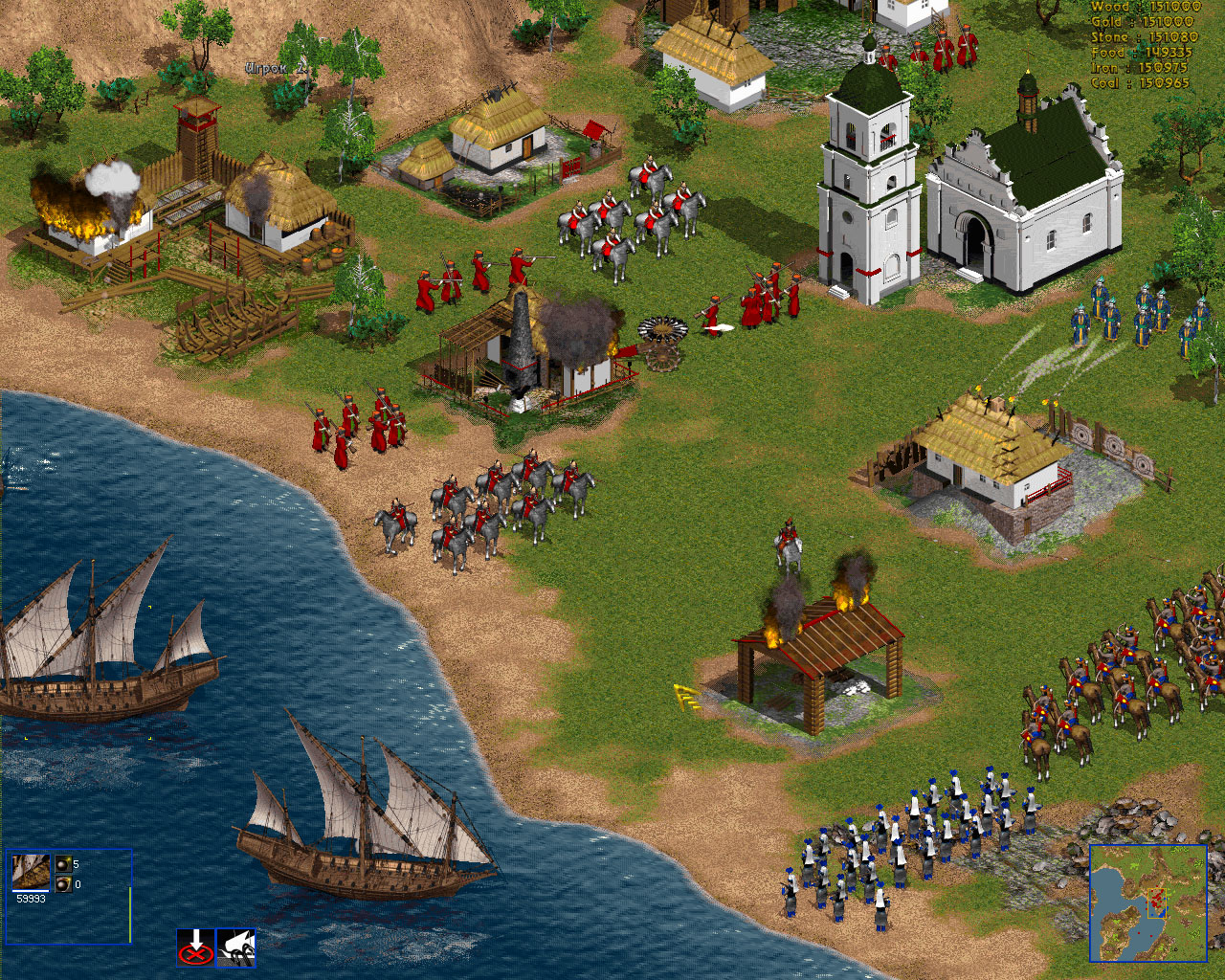 Here you can see the final church of the Ukrainians, as well as their Peasant, Registered Cossacks, and Tatars on the enemy side. It is a special pleasure that Storehouse has been replaced. 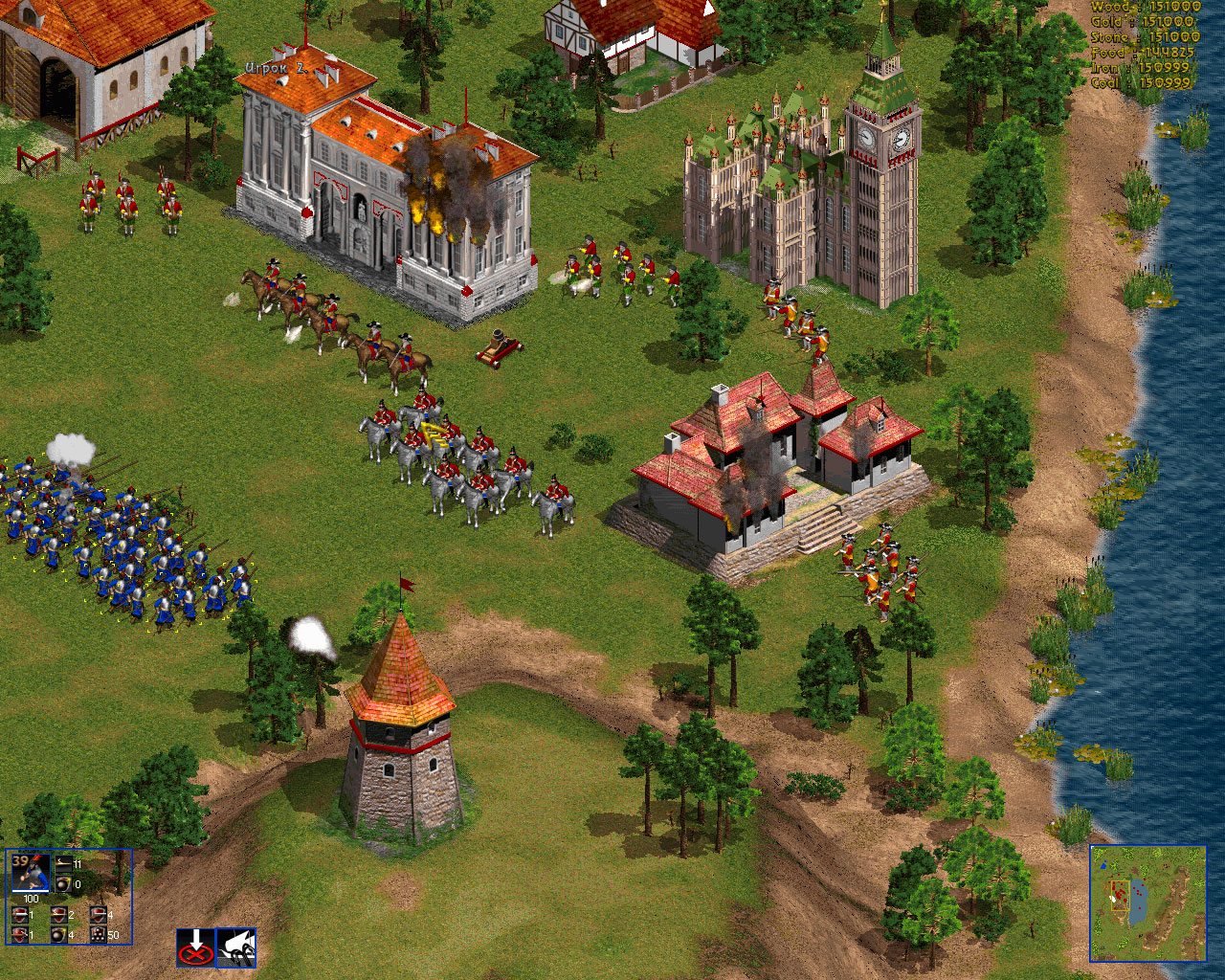 British came out. The famous Big Ben as City Hall, protected by Musketeers 17th Century, Hussars, Dragoons 17th century and (Scottish) Highlanders. Here the English are not yet fully developed or integrated with the Austrians. 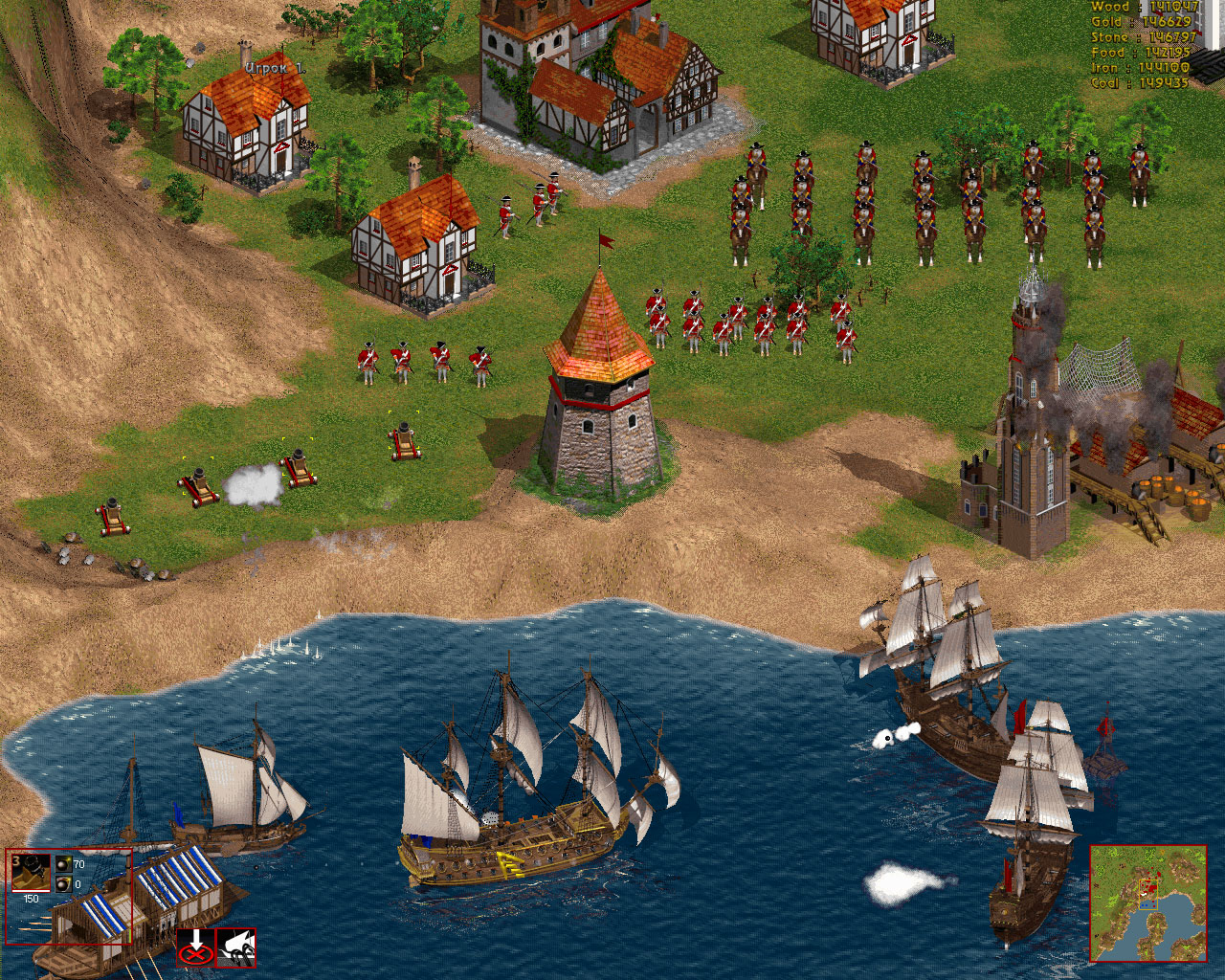 In the picture, in addition to the Saxon construction site (which has not changed anymore), Frigate can also be mentioned as a new unit. 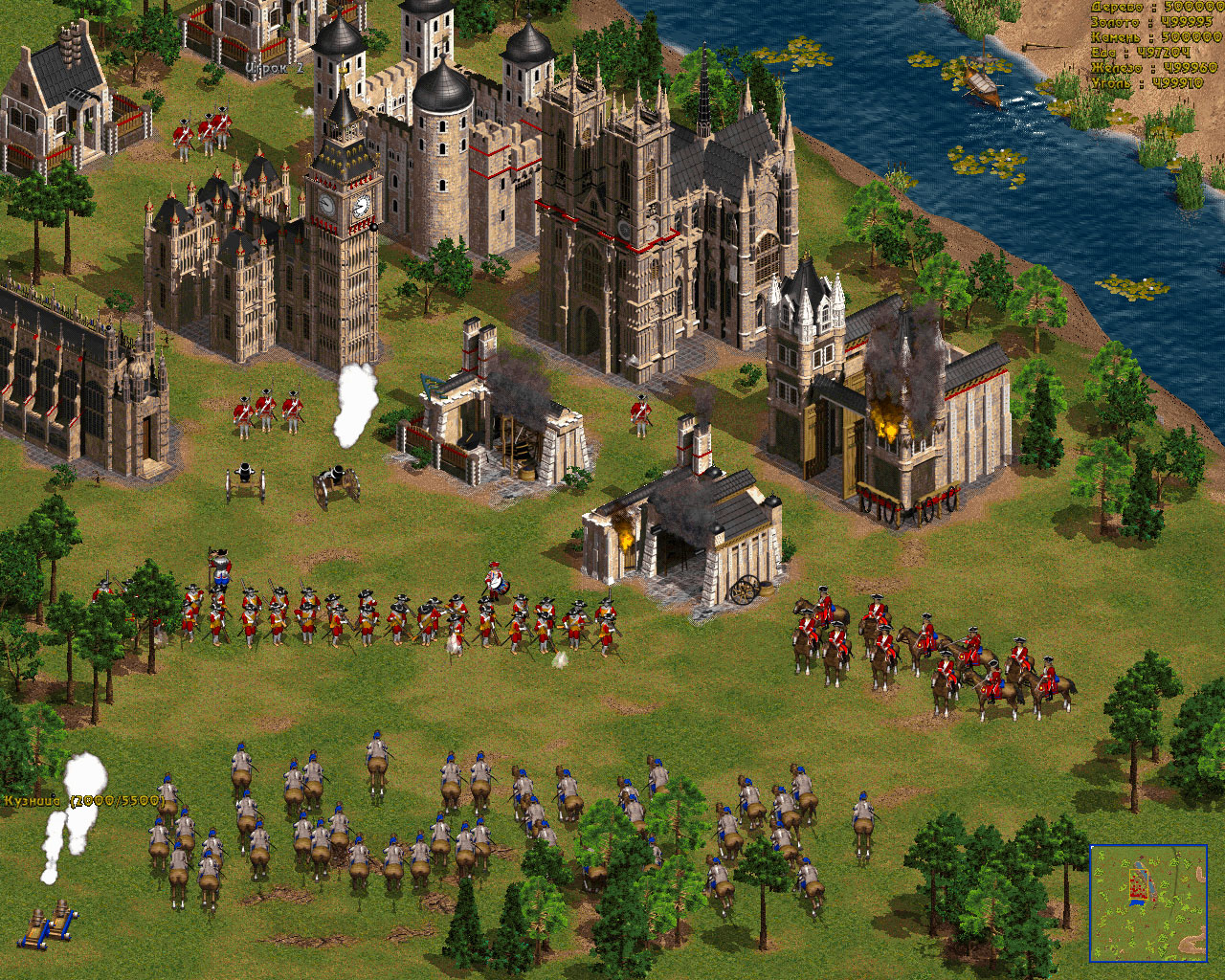 English have now taken on their final form. 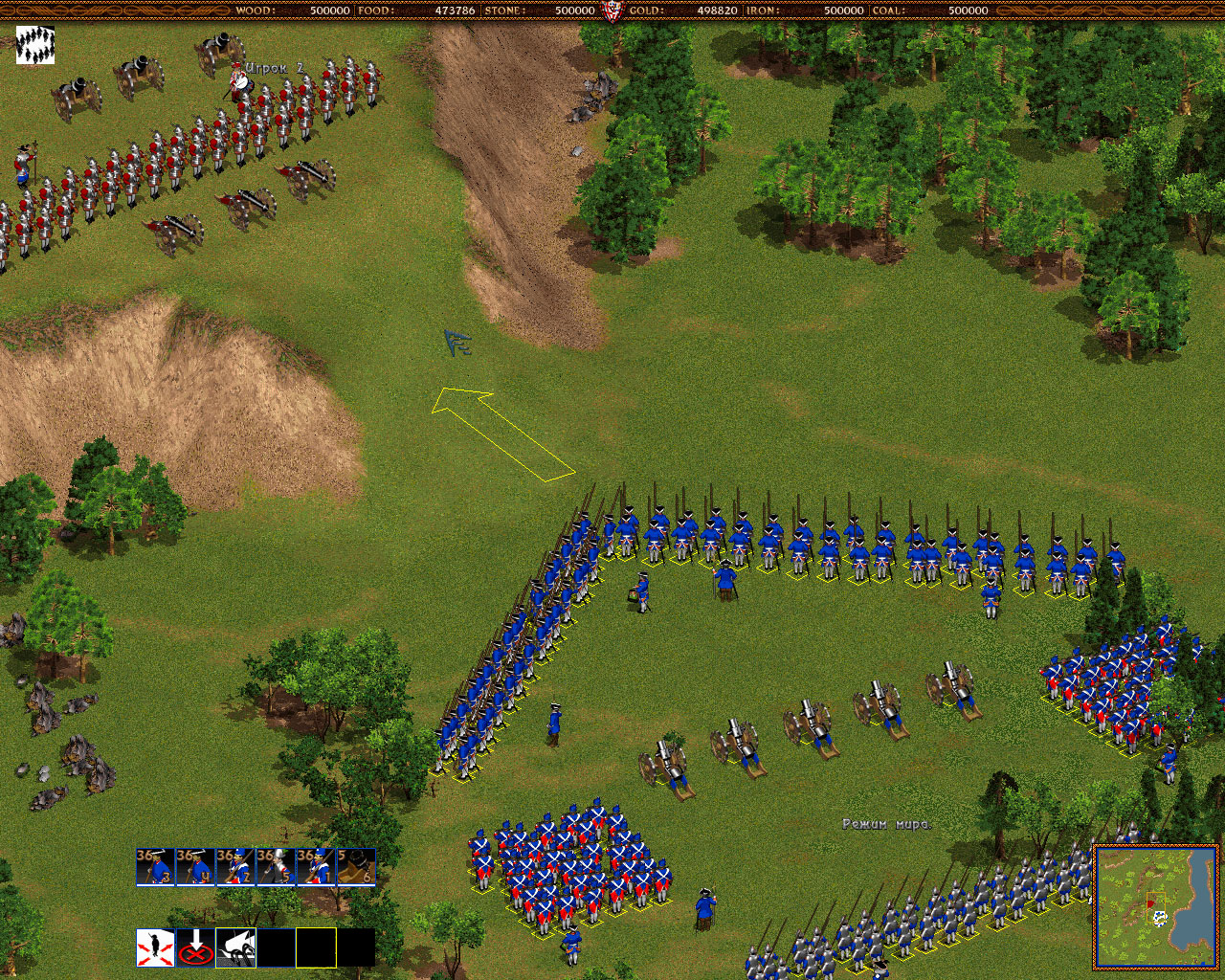 This is as if we got it from the final version. We have the top menu bar, however, even the bottom unit shortcuts are completely different (or not yet worked out all in terms of black emptiness).