Game of the Year vote on gamesweb.com and results

“gamesweb.com holds a big vote every year to win the Game of the Year. All readers are invited to vote in various categories for both PC and PS One / PS2. In connection with the vote, gamesweb.com is giving away prizes worth over 30,000 DM, including 5 full versions of “Cossacks”. In addition to the best games of the year, the best manufacturer and publisher of the year 2000 are also sought. Other categories for PC and PS One / PS2 that require a readers’ vote, include the ‘Greatest Hope 2001’ and the ‘Most Innovative Game of the Year 2000’. “ 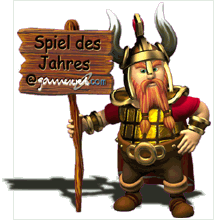