American Conquest
Genre: Real-Time Strategy
Release date: 2002
On the 12 October 1492 a squadron of three battered ships was relentlessly driven by warm wind towards one of the Bahamian archipelago isles. That sunny day became the day of New World discovery and encounter with its inhabitants. The aborigines gave the uninvited guests a hearty welcome. The latter repaid them in kind, by generously bestowing glass beads and other trinkets on the barbarians. No words can be found to describe the joy of the newcomers when they took a closer look at locals’ gifts: they were of pure gold. That could mean only one thing – these peaceful lands have faced an unprecedented disaster. It was not the desire to explore the globe that urged European rulers outfit expeditions. It was a far cry from a noble incentive that forced Columbus and many of his followers make their way to the New World. These expeditions had the only goal: capture as much gold, silver, spices and slaves as possible, and the means to obtain that did not matter. Long before that Egyptians and Phoenicians, Vandals and Vikings tackled similar trade. But this time it all acquired a strikingly huge scale accompanied by merciless conquering and even exterminating of the whole peoples. Colonies could decide the fate of war-exhausted European countries, their further well-being and flourishing. There were no battles so usual for a European eye here: piracy and war, trade and smuggling, superficial nobility and guile – all the ways fit to get the grip of the New World. That was a way of development to allow a new civilization emerge here in hundreds of years.
GSC Game World Co. presents a historical RTS devoted to the history of vast American expanses exploration: the first European landing in the New World, development and growing of colonies, setting up and forming of the USA, Canada, Mexico, Colombia and other American countries, the dramatic events dealing with their history.
The plot of the game embrace the time span starting from the moment of Christopher Columbus’s discovery of the American continent and up to the 18. century, the time of the independent USA forming, which totals in over 300 years packed with various historical events.
The title will have the following nations represented: England, the Netherlands, Spain, France and indigenous peoples of America: Aztecs, Incas, Maya, Algonquians, Hurons, Delawares, Pueblos and Iroquoian Confederacy. Each of the sides will be represented with a unique architecture, unique set of units, as well as peculiarities of economic and technological development, possessed by these nations in real life.
Singleplayer mode will be represented by campaigns, single missions, historical battles, and random map mode game. Campaigns, missions and historical battles will be devoted to the most significant historical events which took place in the New World. Players will witness the events which led to Maya and Incas Empires fall, numerous colonial wars, as well as wars for the US Independence. In missions, campaigns and historical battles players will come across with celebrated historical and political leaders, who played key roles in these historical events.
Up to 7 players will be able to join in a multiplayer game. It will be possible to play various multiplayer modes over LAN and Internet on designed and random maps. The global in-game rating system is to become a distinguishing network game mode peculiarity.
The game possesses a dynamic and engrossing real-time strategy gameplay, where, unlike in many other games of the genre, players will be able to stage grandiose battles and bring all their strategic and tactical ideas to life. As for the standard RTS gameplay components – resource micromanagement, building, diplomacy and combat operations – the latter two will prevail over resource micromanagement and building in their role.
Tactics was paid a good deal of attention in the combat system. The base of European army tactics is shaped by various military formations: infantry, cavalry and artillery ones. An officer, drummer and a flag bearer will head each formation, different kinds of formations giving different advantages. Militia-colonist, Native American troops will have their original tactics.
The standard system of military buildings – when barracks, towers and walls are built separately – will be changed with a system of forts and fortresses by European and some Native American nations. That should be more correspondent to a real system of defense. A player will be able to send units inside all the buildings, including forts and fortresses and defend them.
The game is developed on an improved version of the engine, the original version of Cossacks: European Wars RTS was based on. The engine proved excellent. The major improvements for its new version were: map size – the maximal size has been enlarged four times (20×30 screens in 1024×768 resolution), significantly increased landscape and building detailing, natural environment elements enhanced. Players will be able to control the armies 16000 unit-strong. This will make the scope of many game events correspond to the scope of real historical clashes. The engine combines sprite graphics and 3D landscape. This is the very combination to allow amazing game world detailing, smooth and natural unit animation, as well as feasible system requirements. 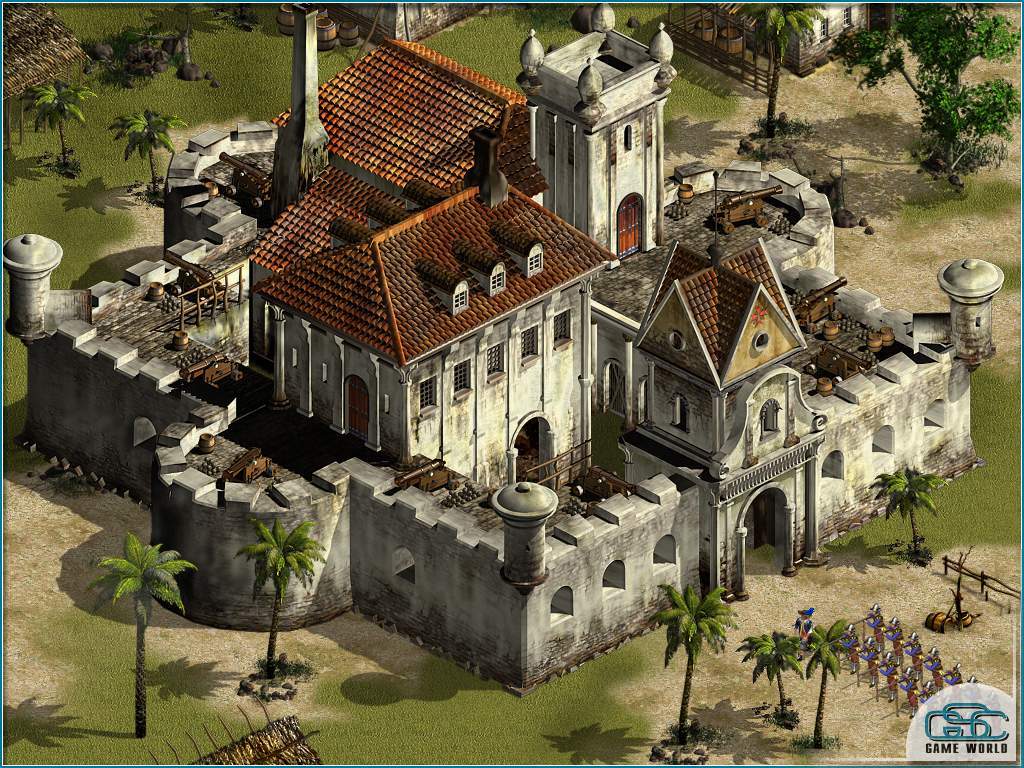 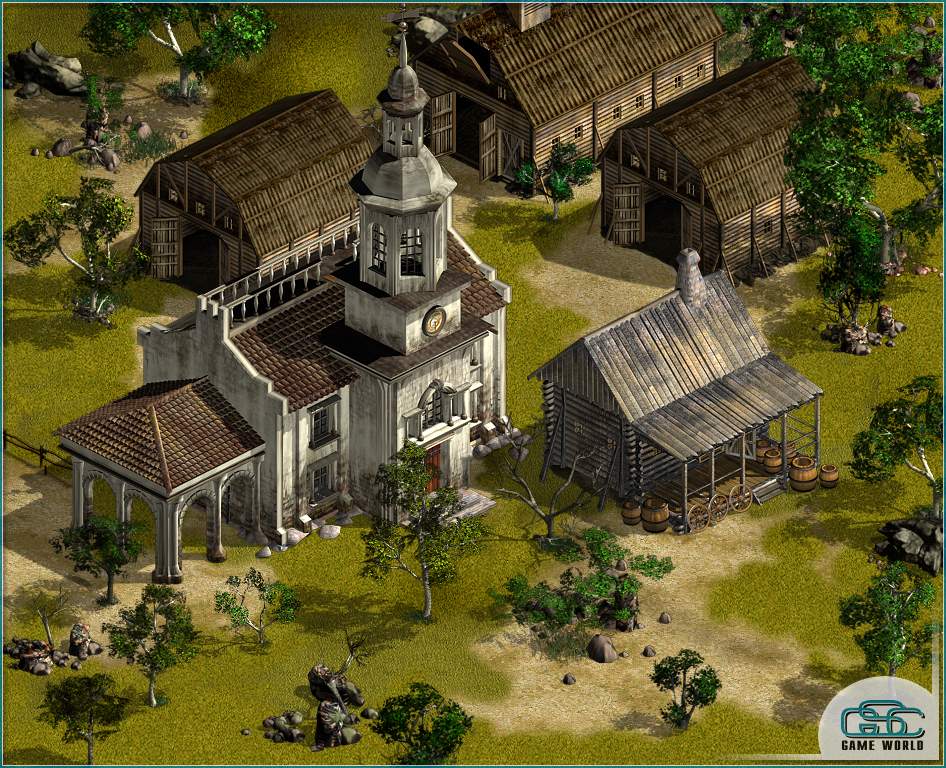 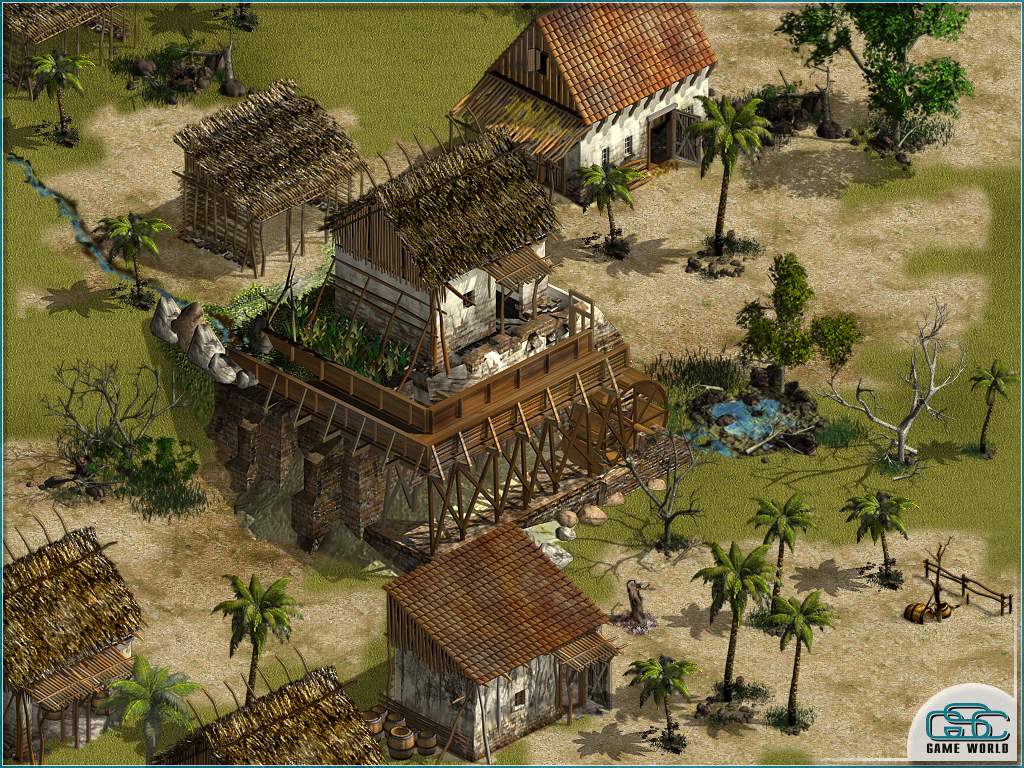 Here are the main features of the title:

Just 2 nations will be in the Add-On