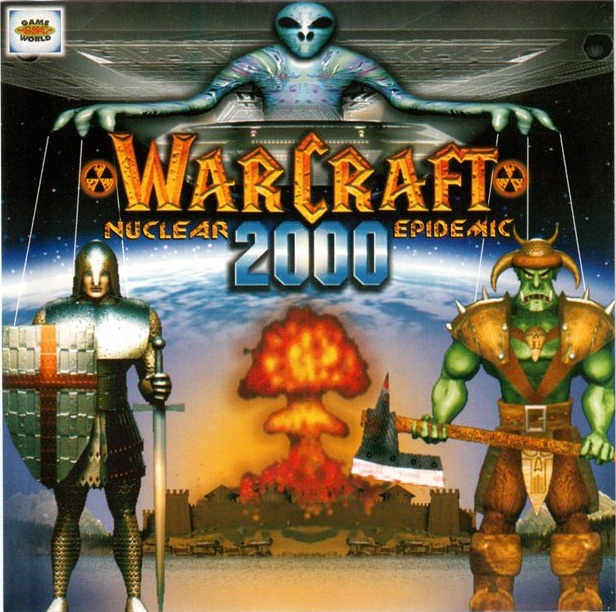 WarCraft 2000: Nuclear Epidemic is the GSC GameWorld’s first product. At this time, the development team of 4 people created this non-commercial project in 1998. After 9 months of development they showed this game at Cannes, on Milia’99.  Warcraft 2000 as a theme choice was no accident. They saw huge potential in the Blizzard classic and hoped that with this project they would be able to pique their interest and they could make the second part of Warcraft. A demo was also unveiled at Mila’99, but the Blizzard producer literally left him without a word (he simply stood up and left the presentation). This behavior was mysterious to the team. Perhaps shocked by the sight of using the look of Warcraft, they managed to create a demo that was able to display hundreds of orcs and humans (up to 8000 units!) on one screen at a resolution of 1024×768 (Warcraft II is limited to 640×480). Because they came to a dead end in this way, the project was completed, and the engine code was made available for free on the Internet. There was no beta test for the project, not even technical support.

The plot of the game is not much different from Warcraft II. In addition to humans and orcs, a third faction appears, the astronauts, who also embark on the battle for Azeroth. The intelligent race, on the other hand, did not want to shed its own blood, but rather provided humans and orcs with weapons with which they could exterminate each other.

In Warcraft 2000, therefore, in addition to medieval weapons, rockets, missiles, atomic bombs, mortars, and so on can be found. The gameplay therefore lends itself to a completely different feeling.

Warcraft 2000 is an infinitely strange creation from this, but the recipe worked (although the technical side was really interesting for the projects).