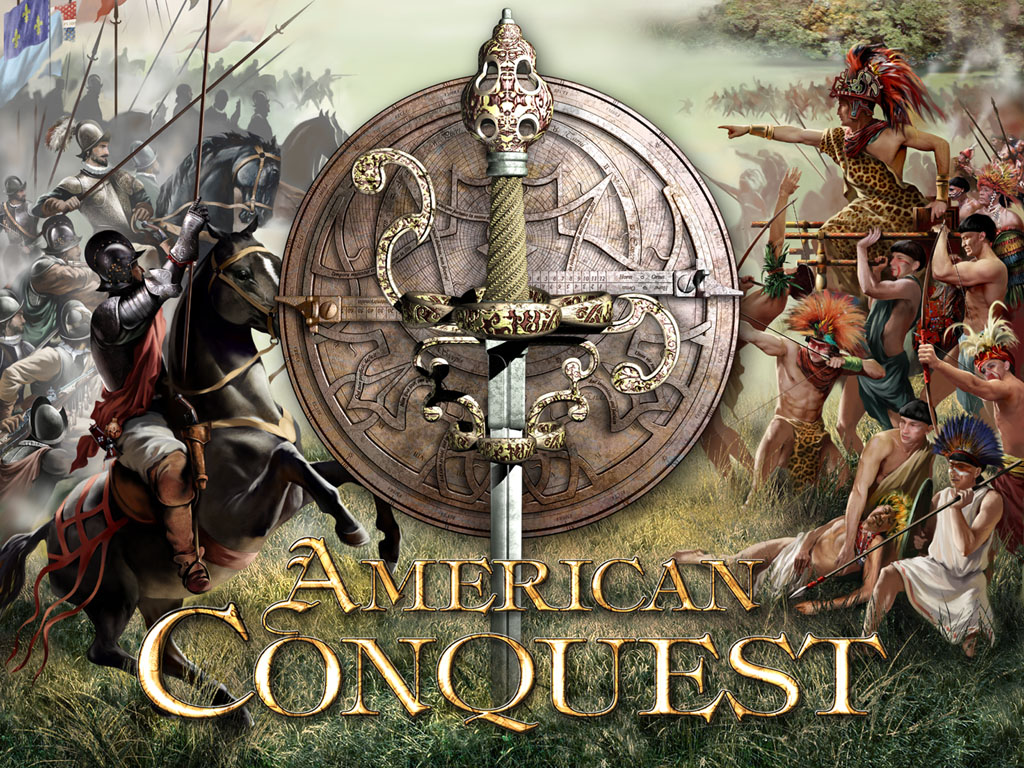 With this patch your existing version of American Conquest will be updated to version 1.46. This patch contains all fixes of the patch  1.45u.

Important note for online gaming: If you install this Patch and create an account at the AC internet server you can only access the  server with this patch (1.46) installed. If you reinstall the game you will also have to apply patch 1.46 again.

After successfully installing the patch the following issues will be  changed:

[1] Player doesn’t see how many friendly units are inside of the building  (?/10) when he uses the same color as the another player  (they play in team) and when he has an ally (possibly).
[2] Make the dead boat always on ground.
[3] When pressing Alt+F4, it offers you to send the Bug Report.
[4] When holding Ctrl + right click on a not finished mine, the peasants  move inside.
[5] When you place the cursor on the building and order peasants to move they will go to chop wood if there is a tree behind the building.
[6] When you order the cannon to move with attack and shoot far, it will move for a while and then fire (Prepare_move, move, unPrepare_move, (Must be prepare for shoot) Shoot). No animation for preparing to fire.
[7] The cannon is near the enemy units. You disable its attack and order to fire at the distant unit. However, it will fire grapeshot!
[8] To the left and right of the L-mode there are no textures and patterns.
[9] You play the random map game with the red AI. Then you launch a mission and the computer controls your units.
[10] After loading the game the tribes are not shown after you press (I), although you have them.
[11] Bring along the Diplomacy window and switch (U) mode thru the M menu. The text overlaps.
[12] You have tribes. Then you load the map without your tribes, go to the Diplomacy mode and the game crashes.
[13] You receive points for dismounting teepee.
[14] Wrong ping position in the Historical Battle menu.
[15] Chat is short in Historical Battles.
[16] The Diptext.txt says: {You have to pay us : %S}. In the game it  says {… pay us : GOLD:2000} (GOLD)also written in all version regardless of the language version
[17] Formation reloading was shown with the red bar.
[18] The neutrals lock the mine building (you cant build building if there is animal or some tribe near)
[19] It happens often that an enemy units go onto a building Rectangle (box which shows where is building) and you can place the sward  icon on this unit (can’t attack).
[20] When formation is in stand ground mode there is a white bar moving  on the bottom of the formation icon and then disappearing. Make it stay there after it is full.
[21] UPSTATCVERO is not displayed. (Aztec upgrade in shipyard)
[22] Error. You can finish the game after a player got disconnected (Internet)
[23] You send 5 peasants to build a mine. Three of them come first, finish the mine and move in. The rest come later and won’t move in.
[24] Ships lose HP.
[25] X doesn’t close (U) menu.
[26] Make the credits appear after 1 minute rather than 30 sec.
[27] When you select the mine, the deposits are highlighted. The mine should  not be highlighted.
[28] Historical Battles, possibility to play thru GSC server.
[29] Make the timer show up after you press (I) in missions. Or better show the timer over the mini-map (how many ticks left) (the timer will be shown as HINT the same as some player send you message using chat (ENTER)
[30] Change the version number in .exe file. Eng ver = Ger ver + Patch (1.46)
[31] Set icons idle peasants and idle mines in Pueblo Town
[32] Editor > edit relief > save/load bitmap It doesn’t save the names correctly.
[33] In L mode the minus heights are shown in black.
[34] When you order cannon to fire grapeshot, it will turn and fire in a different direction.
[35] Lockpoints on the stone after Ctrl+X becomes wild.
[36] In the release version the debug .exe file creates a log file. It constantly increases and fills up you hard disk space
[37] In Pissaro missions the command SGPMOVE TO POINT doesn’t work (units often don’t attack you)
[38] You have a tribe in a random map game. You load a mission and you have the tribe left. If you order something, the game will crash.
[39] Bug with assuming square formation when you place the formation in stand ground(units rotates when moving)
[40] Victory/Defeat conferred more correctly
[41] No need to destroy the surrendered player’s units and buildings to win
[42] Info button works correctly in internet shell
[43] American Conquest and Cossacks shell is divided in two.