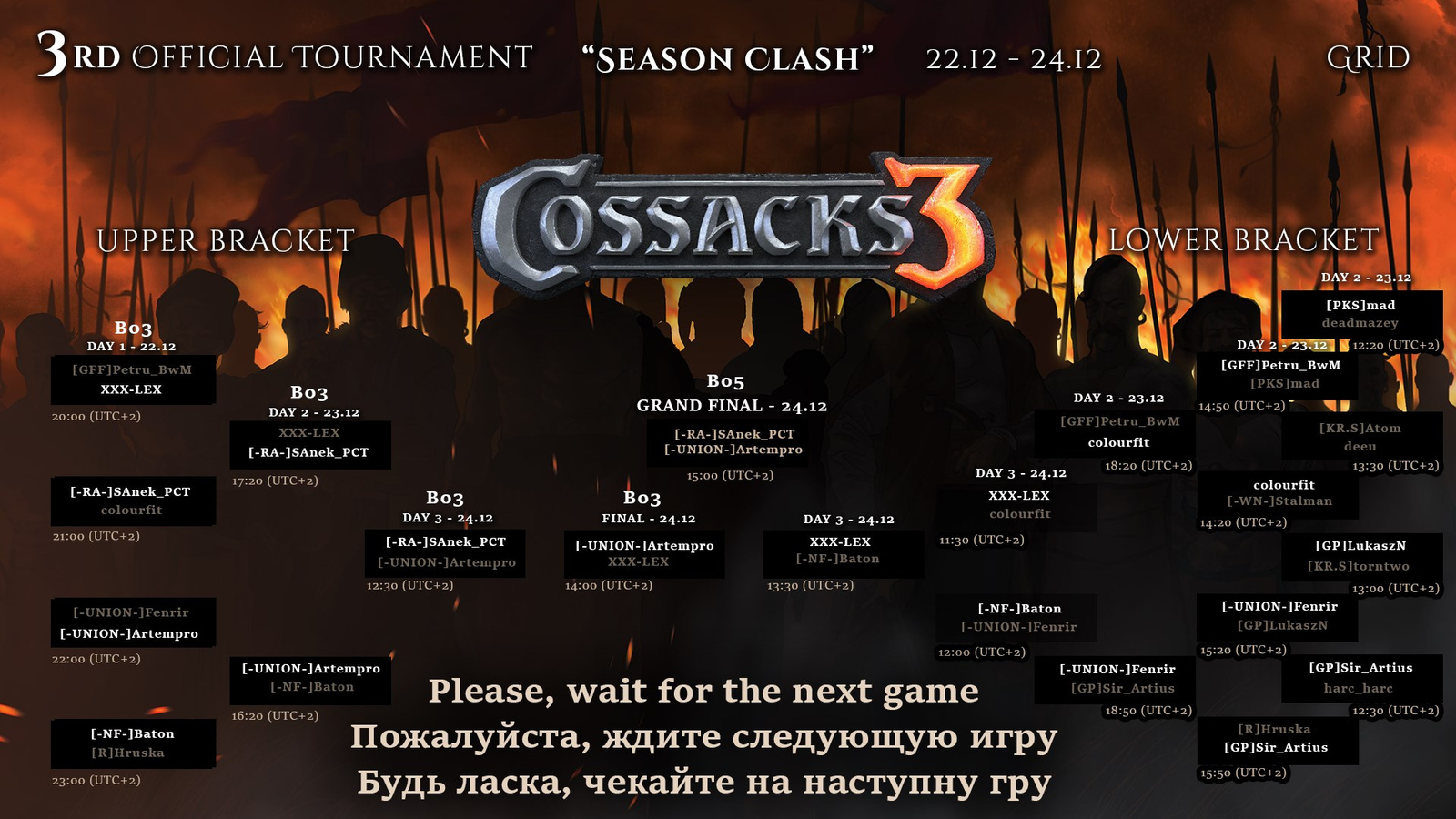 Notice! Unfortunately, there was the first scandal in the history of Season Clash, which affected three players. Developers have not officially announced it, they are only referenced on Cossacks 3 VK site (russian community webpage). According to the developers, it was not about the money, just a friendly help that contributed to the matter, which is why the result of  [-RA-] SAnek_PCT, XXX-LEX and [-NF-] Baton were canceled and and these players were also disqualified. The replacement match between [-UNION-]Fenrir and colourfit was therefore needed.
If you want to watch the final day, you can watch them in videos here (there is no available video about matches of XXX-LEX vs. colourfit and [-UNION-]Fenrir vs. colourfit in english language – just russian).
cossacks3
Share
0
FacebookTwitterPinterestRedditTelegramEmail
previous post