Season 4 is coming to its end 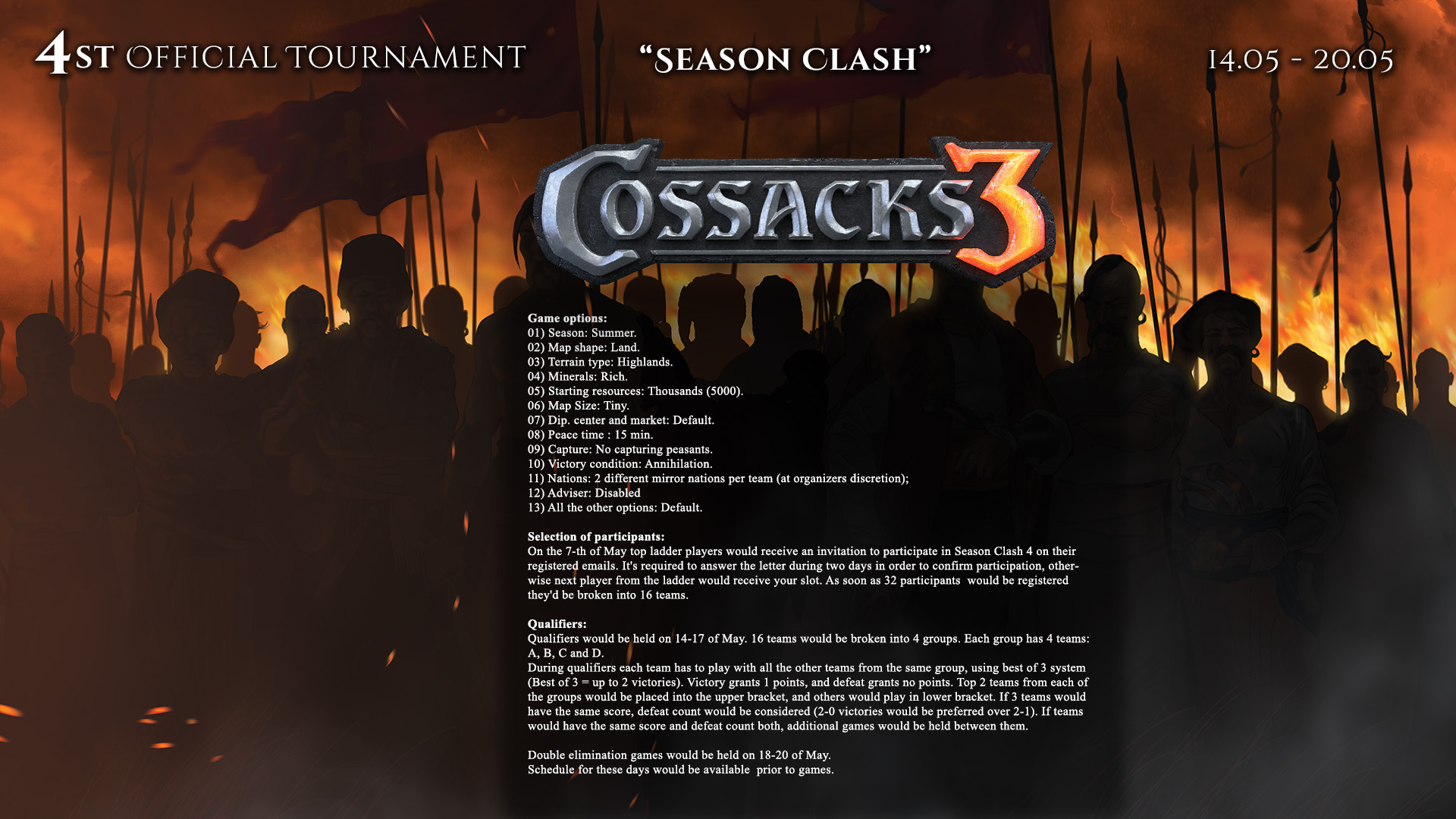 Don’t forget to watch on our official Season Clash 4 streams on 18-20 of May – we’re sure that it’d be an amazing sight.
www.youtube.com/user/cossacks3game
facebook.com/cossacks3
vk.com/cossacks3
twitch.tv/cossacks_3