Here is the latest State vs Country Empire edition 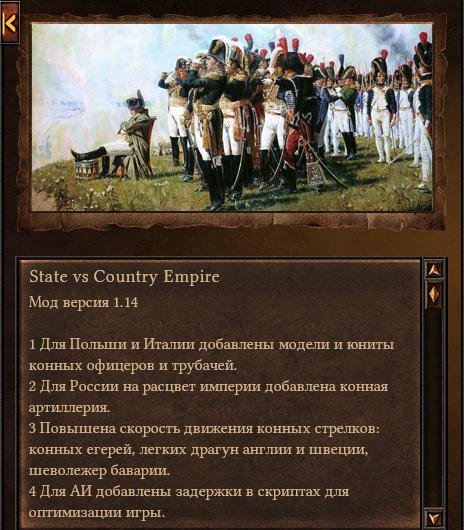 1 For Poland and Italy models and units of mounted officers and trumpeters have been added.
2 Equestrian artillery has been added for Russia at the Rise of the Empire peirod.
3 Increased speed of mounted gunners: Horse Rangers, Light Dragoons of England and Sweden, Chevallier of Bavaria.
4 Added delays in scripts for AI to optimise the game.

The Steam versions have not been updated at the moment.