Dear friends!
If you are looking to watch some fiery action and a stunning display of skill look no further – our friends from the French community organized and oversee a grand Cossacks 3 tournament, CFC Spring 2017.
We are excited to announce that in the coming days the final stages of the tournament will proceed, accompanied by extensive coverage, streams and sum up videos by the hosts, both in French and English languages. 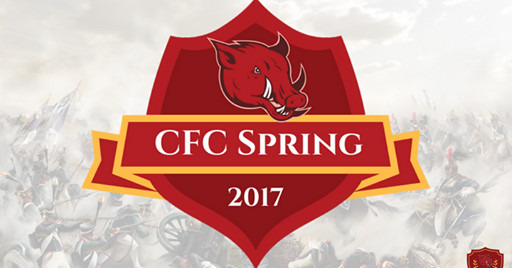 The competition started on March 1, with 32 of the most skilled French Cossacks 3 players. Only the best of them are now left  and they are now ready for the semi finals and finals to come!
For more information follow the link below! Expect more coverage of CFC Spring 2017 from our side from now on!
cossacks3
Share
0
FacebookTwitterPinterestRedditTelegramEmail
previous post