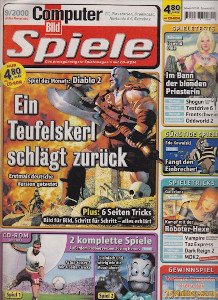 One thing right up front: fans of the game “Age of Empire 2” will definitely enjoy “Cossacks – European Wars”. Initially, your empire is small and poor – only a few peasants are on the list of your loyal subjects. But beyond your borders, enemies lurk. So get to work, then: till fields, build mills and a town hall, all aimed at creating a flourishing economy and a powerful army, both of which are necessary to survive in those chaotic feudal times. Before you erect barracks and weapon foundries, you must mine resources. Your mines are hard at work digging up gold, coal and iron ore for you. You also need construction material – wood and stone – and the peasants must deliver grain. Goods are stored in warehouses and sold on the market. As soon as you’ve built a harbor, fishermen can help feeding of your subjects. Once your economy is in gear, you start building your army. You need foot soldiers with lances or muskets as well as armed horsemen and hussars. And never forget: good soldiers cost a lot of gold. You have your pick between 16 nations, one of which you must guide into the 18th century. Every state has its particular distinctiveness and building styles. For the final version of the game, we are promised four campaigns, various historical single scenarios and a random map generator.

According to the producer, the computer will be able to control up to 8000 units simultaneously at smooth frame rates and no need for a 3D graphics accelerator. During our quick test of the still slightly unfinished version ca. 1000 units ran without any problems.
Verdict:
First impression: almost overwhelming. Gargantuan armies are at your command. Campaigns of unheard-of sizes are now possible on your PC. Also: (Almost) endless variations are possible. The game is thoroughly well thought out, from resource mining to researching new technologies. Funny: Inventing the hot air balloon allows the player to reveal the entire map. Only the sound was not perfect. This possibly “very good” game is slated for an October release.
PRE-SERIAL TEST RESULT
suitable for: beginners
Control: easy
gaming fun: great
further versions: only PC
Prognosis: very good 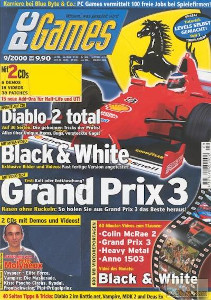 Field battles and guerilla fights with up to 8.000 units from 16 (!!) countries (among them France, England, Poland, Prussia and Turkey) will re-enact historical events between 500 and 1700 in CDV´s latest real-time game. Also included: an encyclopedia CD.
Genre Real-time strategy